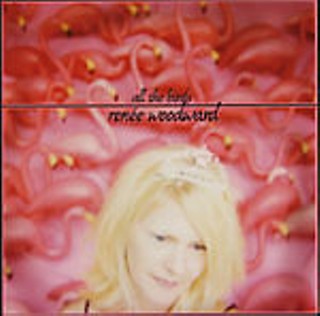 Happily, "Girlie Action" attracts a grab bag of Austin talent. Melissa Mullins, formerly of Significant Digits and Stellary, offers Solo-Style, neo folk in a rock vein. Mullins' thoughtful, sometimes plaintive style is sweetly underscored by tough songwriting that embraces her boundless world. Though she's sometimes tentative, the sharp "Sparkle Girl" and P.J. Harvey-ish "Tumbling Out" stand out among the 11 original compositions within... Because the singer-songwriter genre often dominates this column, Superpsychoticqueen (WGP Records) is an instant standout from Mina Mauldin. The 10 punchy tracks set Mauldin in the fine company of producer Lonnie Trevino and mixer Carl Thiel with an array of impressive originals, including "Genuine Jack," "Let's Not Talk of Love," "Rodeo," and "Love Is a Word." Mother "Girlie" here recommends Mauldin's exuberant rock with a cautionary that the waif look is passé and that crawling around in underwear didn't help Fiona Apple's career. Music is about substance, not skin... Two "Girlie" picks o' the litter begin with Bonnie Bishop's Long Way Home. Her pipes owe their power to operatic training, but the joyous "Send Me a Cowboy" and dreamy waltz "One of a Kind" suggest pure Lone Star heart. With accompaniment from Kym Warner of the Greencards, Danny Barnes, and Rich Brotherton, among others, plus spot-on production by Mark Hallman, Bishop's dozen tunes are an unqualified hit. All the Birds from Renée Woodward also gets the "Girlie" seal of approval for taking us by surprise. The 10 studio-recorded originals (written or co-written by Woodward) are augmented with the hilarious live cut, "Fingers." "I've got five fingers and one has your name," she sings not-so-wryly. Woodward's music is sly and engaging, boasting stellar support from musicians such as Mark Andes, Trish Murphy, Scrappy Jud Newcomb, and George Reiff. A third-generation Texas musician, Woodward is proof the end justifies the genes.