It Always Will Be (Lost Highway) 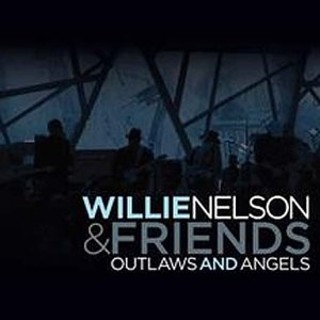 Webster's defines "codger" as "an often mildly eccentric and usually elderly fellow." That's Willie Nelson: mildly eccentric, as in chummy with both Toby Keith and Lucinda Williams; and usually elderly, as in staring down the September of his years on "Be That as It May" and the Keith-penned "Tired," yet frisky as a kitten on stardusted Norah Jones duet "Dreams Come True." Contemplating eternity, mortality, and the carnal delights of biscuits and gravy, It Always Will Be is Willie's best album since 1996's somber Spirit. Consider, for example, that "Big Booty," a spry epitaph to a defunct relationship with a large-rumped woman, is his best single in years, yet only the third-best song on the album. Topping it are "I Didn't Come Here (And I Ain't Leavin')," Nelson at his most irascible, and "Picture in a Frame," a gorgeously spare ballad written by Tom Waits and Kathleen Brennan. Much of Always echoes the latter's tone – reflective, sentimental, romantic – whether love is coming or going. Near the end, the autumnal Spanish guitar and lonesome harmonica of "Texas" hint at an imminent saunter into the Spicewood sunset, but not so fast: the clattering drums and salty licks of the Allman Brothers' "Midnight Rider" make it clear this outlaw's got miles to go before he sleeps. He went to L.A. this May to record the Outlaws and Angels USA Network special; on the mixed-bag soundtrack, he's occasionally upstaged by his guests and phones in standards like "Pancho & Lefty," but he redeems himself on turns with Shelby Lynne, Williams, and Rickie Lee Jones. Willie Nelson at 71, still every inch the ladies' man. Such an old codger, he.

(It Always Will Be) 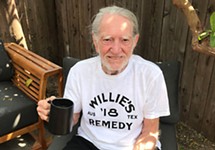