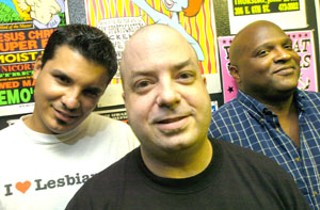 With I Don't Wanna Be Crazy out Tuesday on Austin's Chicken Ranch Records, Jesus Christ Superfly officially returns to the area's active roster. Although the trio's last album was 1996's Texas Toast, don't call it a comeback. "We never consciously wanted to stop," says singer/guitarist Rick Carney. "It was just a matter of keeping a drummer long enough to make a record and tour." Amused that Maximum Rocknroll referred to Superfly as "aged" in its recent review of Licorice Tree's Shakin' in My Boots compilation, Carney harbors no illusions why he and bassist Ron Williams can't seem to keep a timekeeper. "We don't make any money," he admits. Evidently low paydays aren't a problem for latest skinsman Paul Ortiz, but since his weekend job as a postman precludes him from going on the road, the stool is still open for Superfly's first tour since 1998 next spring. For the new Crazy, Carney says they've abandoned earlier hard rock/metal leanings in favor of "in-your-face, straightforward punk rock & roll," and that producer Spot "willed away the fat." The disc includes covers of the Ramones' "She's the One" and Roy Head's Texas soul staple "Treat Her Right," plus a modified version of the Saints' "Erotic Neurotic." ("Their solos are twice as long," notes Carney.) Beginning with next Thursday's show at Beerland's Creepout, Carney expects Superfly to be around for a while. "We just turned 40," he says. "It's not like we're gonna play golf."

Perhaps the more clairvoyant attendees of last weekend's Austin Celtic Festival at Fiesta Gardens might have foreseen trouble with the addition of boisterous local pirate rockers the Jolly Garogers to the otherwise bucolic bill. That's exactly what happened when festival officials pulled the plug – literally yanking microphone cords from their sockets – on the Garogers three songs into their Sunday set on the floating children's stage. Naturally, the perturbed pirates immediately called for a "mutiny," prompting one panicked staffer to call security, even though the audience wasn't exactly menacing. "It was mostly 5-year-olds dancing like Eeyore's birthday," frontman Captain Phleabag says. Festival staffers maintained the pirates' marauding metal was drowning out an acoustic duo on a nearby stage, while others chalk it up to philosophical differences over how much rock to allow alongside the tin whistles and Celtic harps. "What do you expect? They're pirates!" exclaimed fellow festival performer Spot. Phleabag, meanwhile, remained a little perplexed Monday morning. "I just don't understand the logic in shutting down a situation where there's 150 happy people," he puzzles, "and they weren't even drunk!" The band hopes to book a free make-up date Nov. 21 at either the Dog & Duck Pub or Mother Egan's. Both sides agree there are no hard feelings; Phleabag calls the situation "one of those great Keep Austin Weird stories." At any rate, the Garogers' brouhaha easily trumped the festival's earlier controversy, when several sheep set for the sheepherding demonstration escaped from their pen. 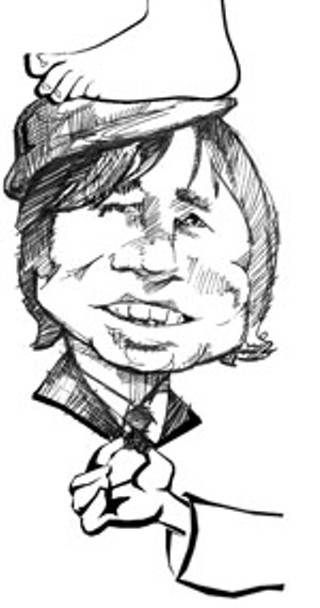 For someone who might leave most Yanks scratching their heads and wondering "Who?" Britain's Neil Innes has put together a remarkable career. His Bonzo Dog Doo Dah Band contributed "Death Cab for Cutie" to the Beatles' Magical Mystery Tour special; he was Monty Python's main musical collaborator, appearing as Lance the exceedingly frank minstrel in Monty Python and the Holy Grail; and the Rutles, the Beatles spoof band Innes started with Python Eric Idle, carried the endorsement of pal George Harrison and spawned a cult all its own. "What I'd like is for the word 'Rutle' to go into the dictionary as a verb," says Innes, now touring the U.S. in a van with his wife, during a Palm Springs stopover. "Meaning, 'To copy or emulate someone you admire, especially in the music business.'"

TCB: Who or what makes you laugh?

Neil Innes: Carol Burnett. I saw a documentary about her with that wonderful sketch where she makes a dress out of the curtains. She appears at the top of the stairs in this frightful green velvet outfit with a turban. The Rhett Butler character says, "Darling, you look wonderful," and she says, "Oh, I saw it in the window and I just had to have it." I like classy stuff like that.

TCB: Which Beatle had the best sense of humor?

NI: Ooh, that's tough. They all had a great sense of humor. George is probably not known as widely for his sense of humor. He had a wicked sense of humor. One day he came in from the garden and said, "Can someone get me a picture of a Moray eel off the Internet?" So they Googled a Moray eel and printed it out, and George wrote underneath, "That's amore," and went back into the garden.

TCB: How often do people quote Monty Python to you?

NI: Well, you see, I've got the best of it all, not being a fully fledged member. I'm not quite in the firing line so much. I have been quite smart over the years, not putting myself into the front line of fame. 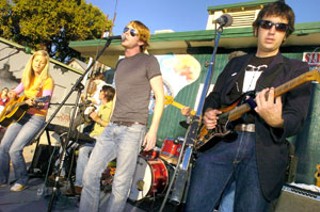 Local cover band K-Tel Hit Machine, popular at weddings and private parties, made a rare public appearance last Saturday at the grand opening of Drag pizza joint Slices & Ices. It may be their last gig for a while, because K-Tel drummer Darin Murphy recently auditioned for a new Broadway musical chronicling the life and music of John Lennon, and expects to find out the results next month. 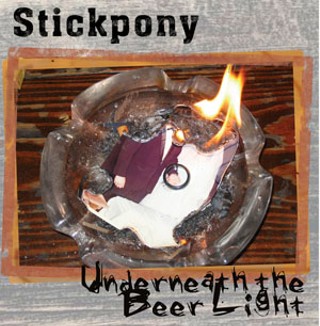 Under the Beer Lights

TONIGHT THE BOTTLE LET ME DOWN: As on Smiling, much of Beer Lights consists of acutely rendered portraits of life at last call. Try "Friends Like These," "Little Ol' Wine Drinker, Me," and "Drunk Waiting to Happen."

DUDE LOOKS LIKE A LADY: The raucous "TX Tabloid (Hickoid Wannabe)" is a tribute to the Hickoids, the perpetually soused Austin cowpunks who loved performing in drag.

In the wake of last Tuesday's election, Jon Dee Graham comforted liberals at his Continental Club show the following night by announcing plans for a "South Austin Resistance Movement." Meetings, he said, will be Mondays at his place: "Bring a Crock-Pot and a stick of dynamite."

In further election-related music news, Reagan-worshipping pogo punks the Yuppie Pricks, whose second LP will be out early next year on Alternative Tentacles, continue their victory lap at a free toga/wet T-shirt party Saturday at the New Guild Co-Op, 23rd and Nueces. "Lots of wet titties," promises Prick Preston Hetherington.

The Nervous Exits, Kodiaks, the Arm, Tuxedo Killers, Video Screams, and Horse + Donkey = Mule rock Beerland Saturday at a benefit to foster the release of a live DVD filmed earlier this year at the club. Come early to watch the Texas Rollergirls whip some cact-ass in a recent match against their Phoenix counterparts.

Local hardcore pillars the Rise have hit upon a novel way to release their new CD, Reclamation Process: It's available free in the new issue of underground music journal Law of Inertia. "I think mainstream musicians and celebrities in general need to be taken down a peg or two in our society," frontman Cory Kilduff says in the accompanying interview. "They don't need to be making that much money, and that's one of the reasons people are getting cheated."

Minneapolis' legendary First Avenue, one of the best-known and most beloved rock venues in the U.S., closed last week following a yearlong dispute over ownership; however, the club's attorney told the Minneapolis Star Tribune it could reopen soon, possibly under a new name. Back in Austin, the CSC building that sits atop of what used to be Liberty Lunch – every bit First Avenue's equal as a landmark – isn't exactly at capacity tenant-wise, and never has been since the Lunch's still-mourned 1999 demise. Thanks, City Council!