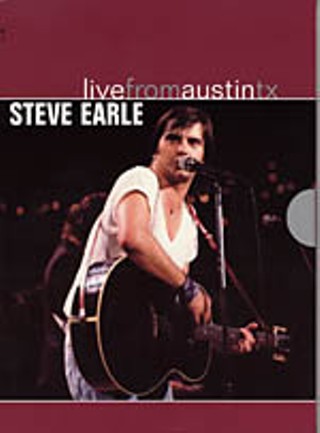 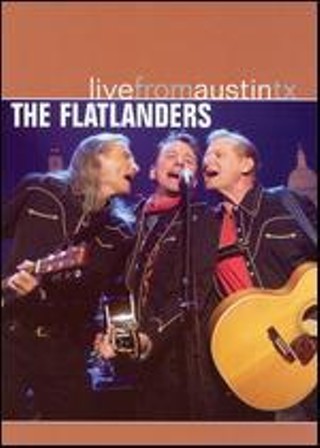 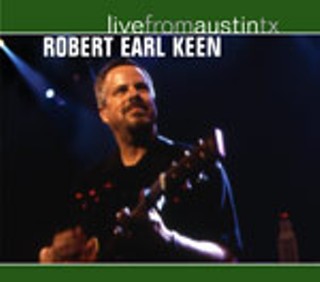 Live From Austin TX (New West) There have been efforts to mine the vast archives of PBS' Austin City Limits over the decades, but it's always been a scattershot affair, with a few compilations here and there (country acts, blues), and the occasional release by an artist on their own (Roy Orbison). This new series, which curiously doesn't mention ACL in its title, promises to rectify that situation. Even if the initial batch of releases (four DVDs and three accompanying CDs) are just a glimmer of what's to come, it's sure to be an important document of one of Austin's greatest musical exports over the course of 30 years. Anyone who's attended a taping of the show usually walks away wondering how they'll truncate a full set of music into one 30- or 60-minute episode. What's left over has always intrigued an artist's fan base, and this series seeks to restore cutting-room-floor footage, presenting nearly all of what went down during the artists' taping. The jewel among this inaugural set belongs to Steve Earle. Recorded September 1986, it's the alt.country troubadour's first appearance on the program and features tunes from his Guitartown/Exit 0 period with his original Dukes. Later day Earle fans will be amazed at young Steve. Wiry, earnest, and perhaps a little nervous, he displays a rough charm and the free-spirited songs that were just getting him noticed. Especially noteworthy is a fervent take of Springsteen's "State Trooper," the kind of moment that ACL is great at capturing and one that will leave you salivating at the thought of what else is in their vault. It's also a boon to have the show in audio form to crank in your truck. The other tapings are of a more recent vintage. Robert Earl Keen's is from August 2001 and features tunes from his Gravitational Forces album, but also showcases his fiery band. Along with crowd pleasers "The Road Goes on Forever" and "Merry Christmas From the Family," there's a tender version of Townes Van Zandt's "Snowing on Raton," another one of those ACL moments. While Joe Ely, Jimmie Dale Gilmore, and Butch Hancock had appeared separately on the show, their recording represents the first time that they appeared as the Flatlanders. Recorded in 2002, this is the only release that doesn't appear on an accompanying CD, most likely because of the recently released Live '72 album. It draws heavily from 2002's initial reunion release, Now Again, but the standouts include Ely leading the trio through what has become their signature tune, "Dallas," and a flame-throwing take of Terry Allen's "Gimme a Ride to Heaven." While her legion of fans might disagree, guitarist Susan Tedeschi is an acquired taste. Her brand of blues for soccer moms seems forced and a little less than inspired. This set, recorded in 2003, finds her covering tunes from the likes of Sly Stone, John Prine, Koko Taylor, and Stevie Wonder with mixed results. Especially egregious is a listless rendition of Dylan's "Don't Think Twice, It's Alright." One might hope that her original material would gain something in a live setting, but under the lights of ACL, they seem even more generic. New West is already working on the next set of releases and promises discs from Lucinda Williams, Richard Thompson, and the long-sought-after Leonard Cohen taping sometime in 2005. 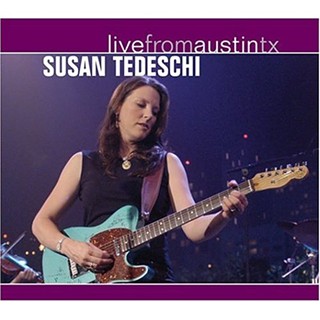