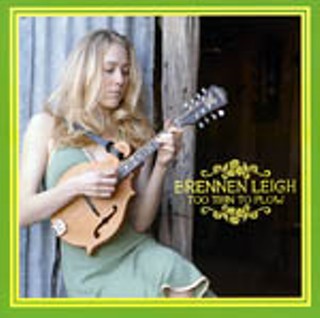 A recent conversation with Heart's Nancy Wilson struck a chord about the titty dancer ideal many young women choose for their musical personas. That image is usually developed at a national level, not local, where female musicians are outspoken and strong. They're also capable, however, of charmless drivel, such as Burleson native Kelly Clarkson's Miss Independent DVD (RCA), but then who expects more from the canned appeal of American Idol? Clarkson's got the pipes, but the overproduced material sounds synthetic. Better to seek out Girlie Action favorite Rebecca Cole, returning to form with Bloom (RRP). Re-recording a trio of tunes from her 2003 EP and adding five new originals, Cole's sultry vocals embrace her eclectic style with genuine warmth, particularly on the spiritual "Gates of Heaven." Guest Guy Forsyth adds musical saw with appropriate panache to the tender "White Satin." Ginger Leigh's sassy Vivo (Love.Music) highlights her singer-songwriter pop in a live setting. Fans of Vera Takes the Cake, her former duo with Sarah Dashew, will recall Leigh's bright and witty stage presence with pleasure, bolstered at this Momos recording by 10 of her compositions, including the inspirational "Charge Laughing." Chrissy Flatt's Walk With Kings is a notable sophomore effort from the Central Texas native. 2002's Wings of a Butterfly introduced her to listeners, and a cover of Ray Davies' "I'm Not Like Everybody Else" will keep their attention. Her songwriting is stronger than her voice, yet there's enough in both to get the "Girlie Action" seal of approval. Ditto for Brennen Leigh (no relation to Ginger), the Minnesota native relocated to Texas. Too Thin to Plow delivers Leigh's iron grasp of Americana in bits of country, bluegrass, and roots-rock, making her a most welcome yodel on the scene ("Wish I Was a Single Girl"). Think this is hyperbole? Brennen Leigh just landed herself touring dates with bluegrass godfather Ralph Stanley. All that Girlie Action and not a pole-dancer in the lot!