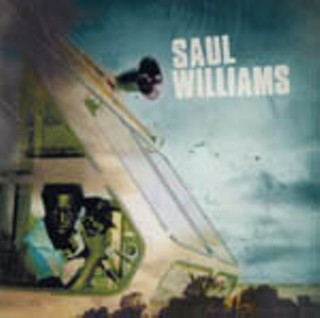 (Fader Label) "Got a list of demands written on the palm of my hands, I ball my fist and you're gonna know where I stand." Saul Williams, a spoken word poet, rabble rouser, philosopher, and MC, formulates an insurrection of rhymes designed to rescind the self-defeating worldview of those "emitting at a lesser frequency." Joining forces with Zach de la Rocha on "Act III Scene 2 (Shakespeare)" the incendiary duo spits "for the hated, the reviled, the unrefined, the no ones, the nobodies, the last in line." Illustrating hip-hop's catalytic potential as a vessel for revolutionary thought, Williams is emphatic in his supposition that the reconstructive nature of his chosen art form implies a struggle for improvement. Social, psychological, and cultural mores are run through a ringer of rap transformed as punk, metal, and jungle with Williams self-producing much of his own inflammatory cache. As the fragmented cadence of "African Student Movement" jostles the mind into a dauntless march, the spirits of Marcus Garvey, Kwame Nkrumah, and Bob Marley lock arms in confident concurrence. Dub-wise in its dankness, "PG" defiantly proclaims "I ain't got no bullets and I ain't bullet proof, and you can take aim, but you can't kill the truth." A self-contained séance of earthly experience, "Notice of Eviction" presents a pensive dirge as a focal point for calculated re-evaluation. Thinking deeply used to be as much fun as moshing, remember? Bomb Squad in its approach with Buddha in its heart, this self-titled follow-up to 2001's Amethyst Rock Star piles provocative firepower on top of instinctive, intelligent release.