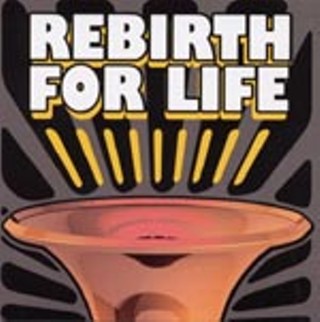 Rebirth for Life (Tipitina's) Like the city itself, New Orleans' Rebirth Brass Band is a party. Seeing them live is an experience like no other. Butts shake without their owners even realizing it. Hands throw themselves up in the air, and folks make noises they never knew they could. Imagine if P-Funk were in Drumline with James Brown as drum major. That's Rebirth. With a revolving core of eight members led by tuba Philip Frazier, who started the band in 1983, and a string of special guests, RBB defines enthusiasm. Rebirth for Life not only celebrates that excitement, it commemorates two-plus decades of that thumping bass drum and squealing trumpet. Dedicated to the memory of Tuba Fats, opener "Tubaluba" begins the festivities in high gear with whoops, hollers, and dueling sax and trumpet. "Stereo" plays the dirty funk, begging, "Don't touch that stereo!" The 11-minute "Gemini Rising/Who Took the Happiness Out" could be the intro for the Rev. Al Green's stage show, but instead it takes on a life of its own. Starting out steady, with the low growl of the tuba, the opus escalates into a heady swirl of drums, horns, and shouts. Nothing on the album compares to the closing "Rebirth 20th Anniversary," recorded live at Tipitina's Uptown in May 2003. A live show Billy Graham would revel in, Rebirth blows the roof off the joint. "The cream of the crop, the band that won't stop, the undefeated, undisputed, 20 years running, Rebirth Brass Band!" Hell yeah. (Friday, 7:15pm, Capital Metro stage)