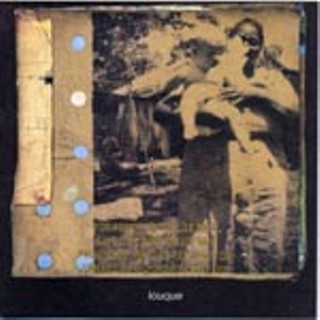 So Long (Lava) Artists turn limitations into assets. Famed jazz plucker Wes Montgomery developed his seminal octave thumb-strumming style while practicing as his family slept. Same with Louque ("Luke"), the tag of Dustan Louque, who's crafted a beguiling debut with an apartment-based computer. Working quietly as not to offend his neighbors, Louque's software skills, combined with an ear for delicious sounds, have taken him far. Raised in rural Louisiana, Louque listened to rap and U2 while also absorbing his folks' Sun catalog and Fats Domino records. Moving to Brooklyn in the late Nineties, Louque soaked up the city's beat, letting its quirky sounds – plus Portishead and Massive Attack – inspire his at-home recording. So Long's urbanity manifests as sampled beats and assured delivery, while the rural ingredients are soulful singing, midtempo cadences, and warm melodies. Southern-styled, organic, trip-hop. Mazzy Star's "Cry, Cry" is done with proper respect and interpretation, suitable for chillin' late night. A simple piano arpeggio anchors "Still in Waiting," but that morphs into dub narcotica thanks to spacey bass and some headphone-happy atmospherics. Overall, this debut is an excellent calling card. Originally self-released, So Long has been subsequently re-released by Lava, with Louque gaining momentum by opening for Medeski Martin & Wood, Galactic, and Moe. It ain't perfect – the overall tempo could be more varied, and there are some fish wrap lyrics – but So Long grows with repeated exposure. About the best endorsement any artist could wish for. (Friday, 12:15pm, Bank of America stage)