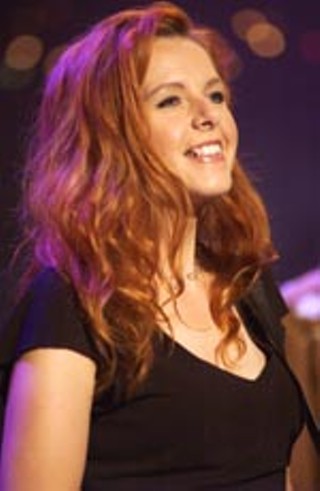 Friday 4pm, Bank of America stage
This is an exciting time for Neko Case. The red-haired singer-songwriter is gearing up for the release of her first live album. As with anything she does, it won't be like most artists' live souvenirs. Sure, it's recorded with her favorite backup band, Toronto's long tall Sadies, as well as other friends like steel guitar whiz Jon Rauhouse and singers Kelly Hogan and Carolyn Mark. But instead of a career retrospective, The Tigers Have Spoken, due Nov. 9, is filled with covers from such disparate sources as Buffy Sainte-Marie, Loretta Lynn, Freakwater, the Shangri-Las, and almost-forgotten Boston New Wavers the Nervous Eaters.

"I didn't want to do the same old thing," Case declares via cell phone from Chicago. "My fans have heard all of my old songs by now, so I thought I'd give them something different."

For those not familiar with Case's music, she's released three critically acclaimed albums of edgy country-folk-pop on Chicago's insurgent country label, Bloodshot Records. Her live performances can be transcendent as Case is endowed with a voice that can alternately shake the walls or demurely break hearts. The new disc will be her first for Anti-, whose label roster includes Tom Waits, Nick Cave, Merle Haggard, and Joe Henry.

"There were no hard feelings at Bloodshot," she assures. "It was just time for me to move on."

And move she has. Not known for being a prolific songwriter, Case says she's also written and begun recording a new studio album with hopes of releasing it in spring 2005. Always unassuming about her prodigious talents, she says she doesn't consider herself a songwriter.

"I write," Case modestly states, "but I never think they're any good. I've gotten a little better over the years. I just hope people like the new songs as much as the ones I've done in the past. I can never tell what people's reactions to them are going to be."

Neko Case, the Sadies, Bloodshot Records, The Tigers Have Spoken