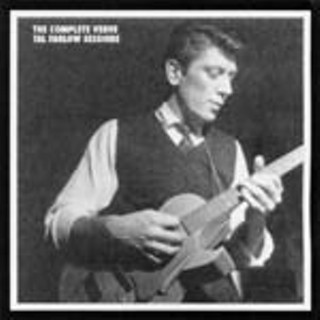 The Complete Verve Tal Farlow Sessions (Mosaic) These recordings should establish Tal Farlow's standing as one of the best jazz guitarists of all time. Farlow (1921-1998) wasn't consistently active as a performer throughout much of his adult life. In fact, his reputation is founded mainly on his recorded and live work from the Fifties, after which he appeared on the scene only intermittently until his death. This 7-CD collection spanning 1951-59 is more than enough to solidify his legacy. Farlow's career began slowly. As a teenager he picked up tips from his father, an amateur musician, but otherwise, was self-taught. Originally, he drew inspiration from piano titan Art Tatum, especially Tatum's harmonic conception and use of substitute chords. Then he was fascinated by Charlie Christian playing hornlike lines with an electric guitar for Benny Goodman. He built his own electric guitar and played frequently with local dance bands, influenced by Lester Young and later Charlie Parker and Dizzy Gillespie. Farlow played gigs in New York as early as 1947 and was with vibist Red Norvo from 1950 to '53. He began recording with Norvo in the early Fifties, and the first tracks on this set are with Red, playing interesting arrangements of "Tenderly," "I Remember You," and "Skylark." The Norvo trio was an early chamber jazz band. Like it, Farlow relied on standards in his repertoire. Farlow sounds fine here; he'd already assimilated his influences and developed a unique style. Perhaps the easiest way to identify Farlow was by his amazing chops. He played rich lines even at very fast tempos, which most guitarists could barely make. Along the way he developed techniques of his own; he was especially good at playing harmonics and used his thumb in a manner similar to Wes Montgomery. (They came upon this technique independent of each other.) Here Farlow mostly plays in trio and quartet settings with bass, piano, and drums accompaniment. He's astounding. No matter how fast the tempos, he improvises lines loaded with fresh ideas. He brings all registers of the guitar into play stimulatingly and functions very well as an accompanist. On a few selections he performs admirably on acoustic guitar. A number of fine musicians perform with Farlow. Perhaps most impressive is pianist Eddie Costa, who also displays excellent technique and does terrific octave unison work in the bass register. Woodwind player Frank Wess improvises impressively, and tenor saxman Bill Perkins solos lyrically. Oscar Pettiford contributes fine pizzicato cello work on a date with Ray Brown on bass. This is mainly about Farlow, though. If you haven't found out about him, start here. (Mosaic Records, 35 Melrose Place, Stamford, CT 06902, 203/327-7111.)