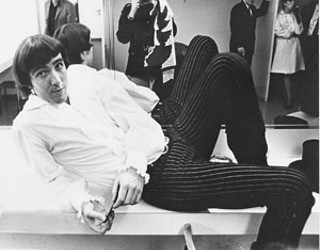 Recorded: The Psychedelic Sounds of the 13th Floor Elevators, "She Lives (In a Time of Her Own)," "I've Got Levitation"

Not long ago, when John Ike Walton was working at Stan Morris' Music Corner in Kerrville, a woman stopped in and asked if he had any old rock & roll.

"I have a whole collection of old rock & roll. I'm the keeper," he declared as he scribbled his name and number for her. "You may not believe this, but I'm famous. I'm a rock star." 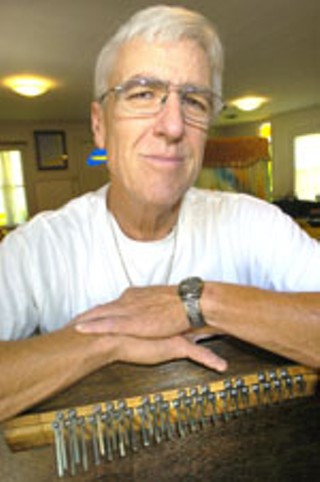 He was. A founding member of the Lingsmen who was then drafted by Tommy Hall into the rhythm section of the 13th Floor Elevators, Walton drummed on every cut on Psychedelic Sounds as well on "She Lives (In a Time of Her Own)" and "I've Got Levitation" from Easter Everywhere. Walton's drum kit is the one that bore the pyramid-meets-the-eye logo. After all, according to him, he and Clementine Hall named the group.

"I came up with the Elevators part of the name," he claims. "The next day, after Clementine had slept on it, she came back in the morning with '13th Floor Elevators.'"

As a founding member, Walton played during the band's heady year of 1966 and into 1967. For him, leaving the band was survival.

"International Artists paid us $108 apiece for 'You're Gonna Miss Me.' I never got anything after that. We were supposed to get royalties every six months; they gave us one accounting. When Ronnie and I left, we did a release thing for $300. So I got paid $408 from IA for the Psych Sounds, Live, and two cuts on Easter. That's all I ever got from them.

"What might have made a difference in the band was security and food. No one ever gave us any money. Everyone looked at us like, 'Let's milk 'em and duck out.' They didn't give us anything, 'Well, you owe us studio time.' Even out in California at the Avalon, the most we got was $100 apiece."

John Ike Walton lives outside of his native Kerrville today and plays in local bands. Sporting a 40th anniversary 13FE T-shirt (though the birthday is 2005) on a warm July day, he happily displays the Zulu-style drums and kalimbas he handcrafts for clients, including Augie Meyers. With an unexpected air of whimsy, he plinks out a medley of tunes on the kalimba, including "San Antonio Rose," James Brown's "I'll Go Crazy," and "96 Tears." He's anxious for the public to know about his instruments, but not other things.

"Don't print my phone number," he says. "People will just call me and ask about Roky."

His son Jeff lives in Austin and carries on the family tradition, playing drums for the Future Ex-Boyfriends. Walton himself still plays his vintage drum kit, even sitting in with the Elevators' tribute band the Tommy Hall Schedule. And, the once and future rock star is engaged to Alice, the woman who asked him about old rock & roll.