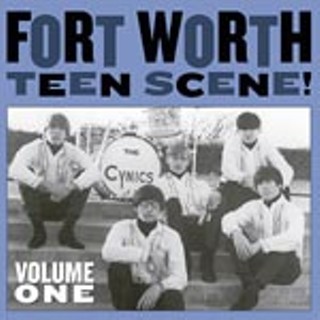 On the basis of the 73 sides collected here from 1964-67, there's no doubt where Fort Worth stood on the Eternal Sixties Debate: Beatles or Stones? Cowtown bands would much rather have been the Stones than the Fab Four. For that matter, they would rather have been the Yardbirds (two different bands do "Mister, You're a Better Man Than I" and ditto "Train Kept A-Rollin'"), or even Them. Probably the Kinks, too. We're talking fuzz, distortion, raunch. T-Bone Burnett, one of the few Beatles fans in Fort Worth on the basis of his band the Loose Ends' Lennon-esque "Free Soul," is overshadowed by an onslaught of rockers. The best groups included: Larry & the Blue Notes, whose deranged "Night of the Sadist" appears here under three different titles and two different band names; the Cynics, who did the most abrasive Yardbirds interps; the Nomads, who were all just 14 or 15 years old and sound like it on the trashy "Be Nice"; the Jades, whose lead singer Gary Carpenter had the truest Jagger/Van Morrison sneer 'n' snarl; and the Barons, who could play tight and still sound like their hearts were in the garage, and whose original songs are welcome amidst all these covers of "She Said Yeah," "Empty Heart," and other Stones faves. Unfortunately, the series proves the old adage about too much of a good thing – or just too much, period. Unless you're a garage band fanatic or were part of the original scene, you certainly wouldn't want three volumes of this stuff, and the good tracks are scattered across all three to the extent that it's hard to recommend just one (it's probably between the first two volumes). If the really great sides could be compressed down to one volume, then you'd really have something to rock out on over and over. 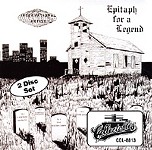