The Austin Music Co-op wants to give local musicians a break, but since they serve food, you can't smoke there 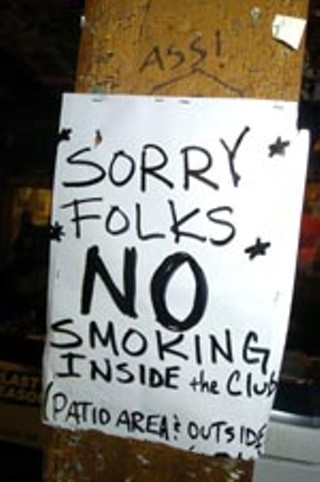 Onward Through the Fog

Reverberations from the smoking ordinance continue to echo, resulting in something "TCB" never thought he'd see: a "No Smoking" sign at Emo's. But there it is, because making its indoor stage/bar area smoke-free was the only way the downtown venue could continue offering shows to the under-18 crowd, targeted by an increasingly significant percentage of the club's bookings. Lighting up on the patio and at the downstairs stage is still allowed. Antone's went the other direction, changing to 18-and-up after nearly 30 years of being all-ages. Barry Kohlus, vice-president of operations for Direct Events, says the room rarely draws underage crowds as it is (he cites Gavin DeGraw as a rare exception), and going nonsmoking would have hurt older-skewing nights like Blue Monday. Both of Direct Events' other indoor venues, La Zona Rosa and the Austin Music Hall, are all-ages and no-smoking.

The situation is stickier at the Old Alligator Grill. Even though the Alligator stops serving food at 10pm, the same time its shows begin, it's still counted as a restaurant and thus, according to manager Doug Foreman, "We have to play under a totally different set of rules." The most significant of these rules is the part of the ordinance that says to have a smoking area, a restaurant must have two separate ventilation systems, which Foreman estimates would cost around $200,000 to install. This left him little choice but to go completely nonsmoking when the ordinance went into effect June 1, and he's already seen a substantial drop in liquor sales. "All we want them to do is level the playing field," he insists. To top it off, city officials have been less than helpful in finding a solution. He says the only response he got out of anyone was, "That's the way it is." 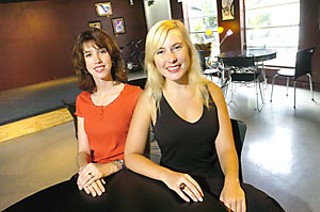 "As you can see, we're going nuts in here," noted Kara Remme, co-founder of the brand-new Austin Music Co-op. As she conducted a guided tour of the premises, co-oppers scurried about painting walls, laying down carpet, running wiring, cleaning the kitchen, and otherwise preparing the former nursing home at 5413 Guadalupe to house between 25 and 35 residents. Fanning herself with a notebook, Remme acknowledged, "We're hoping to fix the AC in the next 48 hours."

Though it's still very much a work in progress, the co-op is already about two-thirds full, having received "tons" of applications. No wonder: for less than $500 a month, members get a room, two meals a day, and access to a wide range of amenities, including an on-site recording studio, rehearsal space, and a computer room with a scanner and copier for making posters and fliers. The facilities are also available to associates – i.e., people, who don't live there – for a small fee.

Remme and partner Heather Carmichael, who met at Trinity University in San Antonio and were soon driving up to Austin every weekend, saw too many of their musician friends struggling to make ends meet and wanted to help out. To their way of thinking, local musicians put a lot more into the economy than they get back. "Austin is a fantastic place for musicians to make music but a hard place for them to make money," Remme says.

Though the mortgage is currently in Remme's name, she hopes to eventually sell it to the co-opers so they can reap tax benefits, but financial incentives are only part of the story. Remme and Carmichael are betting the co-op becomes a social center for local musicians, somewhere they can try out new material, collaborate with like-minded peers, and find out about potential gigs. There's also a stage in the commons area for shows, like the launch party Sunday, 5-10pm, with Carolyn Wonderland, DJ Tomás, and several other co-opers showing off their skills.

If this co-op works out, Remme and Carmichael would like to start several more around town – maybe even a retirement home for musicians. So far, they say the response has been overwhelmingly positive, with musicians willing to do whatever they can to get the enterprise off the ground. Dale Watson, for example, donated a refrigerator. "It's just a neat, neat bunch of people," says Carmichael. 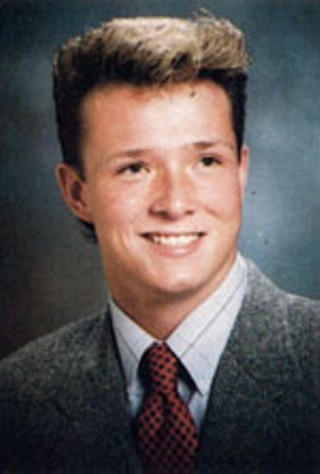 Much to CenTex hard-rock rubberneckers' dismay, Velvet Revolver canceled their Stubb's show last week. The reason given was singer Scott Weiland's bronchitis, which, although normally up there with "exhaustion" as a showbiz euphemism for "relapse," proved true for once, as the group played Houston Friday and Dallas Saturday as scheduled. VR announced an Oct. 29 make-up date at a venue to be announced, but all tickets for Thursday's show will be honored. Meanwhile, "TCB" happened to come across Weiland's senior picture from Edison High School in Huntington Beach, Calif., circa 1986. At least we didn't use the one from Madrigal Singers. 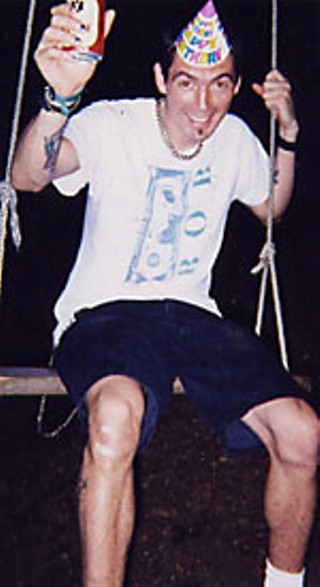 The Red River music community, still hurting from the loss of Squat Thrust bassist Wade Longenberger, was hit with another inexplicable suicide last Thursday when Mike Blake took his own life. When not tending to his three dogs or working behind the bar at Stubb's, where he also put in a stint as bar manager, the St. Louis native could often be found hanging out at Emo's, Room 710, or Club de Ville. He was 37. "Everyone here is taking it pretty hard," former Stubb's co-worker Tracy Overath e-mailed Tuesday. "As you know, he had a lot of friends." Personally, "TCB" crossed paths with the friendly, outgoing scenester at too many shows and afterparties to count, but the one that stands out most was one of the last: Memorial Day weekend. After an even longer night of Red River revelry than usual, Blake made cab arrangements for an incapacitated "TCB." He is already missed. Stubb's is holding a memorial Monday, 3-7pm. 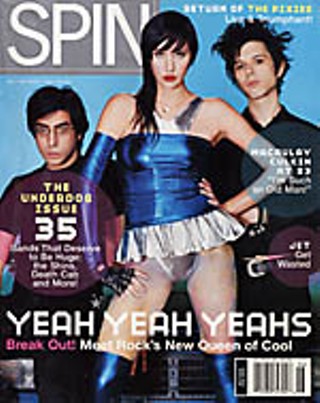 What's the first band you think of when high school football and Billy Bob Thornton spring to mind? Why, Explosions in the Sky, of course. The intense instrumental rockers are just back from L.A., where they composed and recorded the soundtrack for Thornton's new movie, Friday Night Lights. Catch the fireworks Saturday at Emo's.

The Alamo Drafthouse Downtown will host a memorial for late Catscratch and Quicks bassist Tracey Crossett from 3-6pm Sunday. A video featuring highlights of her bands' performances will be shown, and a microphone will be set up for people to share their memories. No cover.

Surf's up for pipeline-shooting locals 3 Balls of Fire, whose "Blue Tango" will be featured in a surfing scene (what else?) in an upcoming episode of Aaron Spelling's new WB drama Summerland. The show may also use selections from the trio's new Chrome & Water CD, which they'll release at the Hole in the Wall July 29.

Hurry up and catch the June issue of Spin (Yeah Yeah Yeahs cover) if you can, if for no other reason than to gawk at the N.Y. mag's roundtable on SXSW 04. Somehow, all of the dozen or so staffers they sent to Austin managed to go the entire conference without seeing one local band. They did drink lots of beer, though.