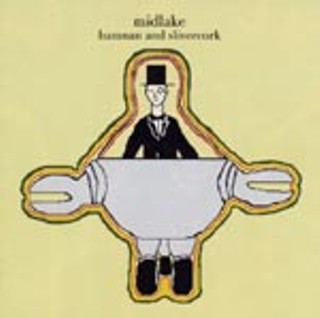 Bamnan and Slivercork (Bella Union)
Somewhere in the sea of disenchantment floats Midlake, kept adrift by rolling waves of keys and Tim Smith's lighthouse vocals, which warn of impending doom while relating life's stories. The Denton quintet's full-length debut, Bamnan and Slivercork, is comprised of limestone layers and swirling pools, dreamscapes and foggy mornings. It's chattering throngs of schoolchildren and highways swarming with rush hour traffic. Nature and bustle entwined. Carnivalesque, airy tracks hint at NorCal's emotive Grandaddy while remaining fresh and dewy. Overlaid vocals, Korg strata, and simple beats culminate in a surreal reality. Opening droner "They Cannot Let It Expand" explores the full potential of four keyboards and three guitars – without a hint of overkill. Soothing flutes announce the arrival of album highlight "Kingfish Pies," followed by tambourine and drowning synthesizer blasts. Horns meet keys in "The Jungler," evoking a beautiful confusion and anxiety. Acoustic guitar and effectless vox reflect a longing and loneliness in "Anabel." Sometimes creepy and often comforting, Midlake has transformed the promise of 2001's Milkmaid Grand Army EP into a grandiose and emotional adventure. Bamnan is not unlike a suit skipping rope with a Sno-Kone in one hand and a lollipop in the other – a tantalizing return to childhood.