I went down to the Crossroads, fell down on my knees

Twilight of the Guitar Gods

At the end, after nearly 12 sunstroked hours in the Cotton Bowl, there was no jam. The epic six-string showdown between Eric Clapton, Jeff Beck, and, one assumes, everyone else never came to pass, a casualty of curfew constraints and the thunderstorms bearing down like a jilted lover with, um, an axe to grind on an estimated 40,000 fans. Instead, the Sunday night finale of Clapton's three-day Crossroads Guitar Festival came when Dallas native Dusty Hill took the vocal reins from fellow beard Billy Gibbons for a windswept jaunt through "Tush," drawing the expected roar on the "Dallas, Texas ... Hollywoo-ood" line and capping an energetic, if abbreviated, set from the home-state heroes. ZZ's still got it – always has, always will – but even their biggest hits are 20 years behind them, and "Legs" is about the last time any of the festival's 50-odd acts came anywhere near No. 1.

True, Top preceders Clapton and Carlos Santana have had multiplatinum albums in the last decade or so, but Sunday there was no MTV Unplugged or Supernatural. Clapton played just four songs off his new Robert Johnson tribute Me and Mr. Johnson, bolstered by steely National guitar work from Doyle Bramhall II. About the time some impatient soul behind "TCB" yelled "Layla," Clapton and band ragga-d through "I Shot the Sheriff" before climaxing with Cream's Clapton/George Harrison gem "Badge," then, yes, "Layla" and "Cocaine" (which topped the previous day's Clapton/J.J. Cale workout). Fellow Yardbirds alum Beck surfaced to join Clapton for the memorable acid-rock encore "'Cause We've Ended as Lovers."

For his part, Santana turned in a fiery 40 minutes that gave a wake-up jolt to the faltering crowd, glassy-eyed from an afternoon of $5 beers, orange-colored nachos, and the blazing North Texas sun. His closing 15-minute duet with Clapton delivered everything Slowhand's previous appearance with Buddy Guy, B.B. King, Jimmie Vaughan, and John Mayer lacked: passion and precision. Clapton was no doubt saving his tastiest licks for later, while Mayer was overmatched and knew it, exiting early with a graceful bow. Austin's Vaughan tried valiantly to keep the group on track with steady rhythm work and tastefully restrained solos, but Guy and King were only interested in mugging and grandstanding. Similar clowning worked much better for Joe Walsh earlier because, well, he's Joe Walsh. His guest appearance during James Taylor's set was doubtless the strangest pairing all weekend.

Backing Walsh was Booker T. & the MGs, whose guitarist Steve Cropper turned in the most dependably excellent fretwork of the afternoon. Besides the colorfully clad James Gang/Eagles veteran, the MGs supported Bo Diddley for a rip-snorting "Who Do You Love?" and David Hidalgo, who sounded nice and soulful as "TCB" headed to the first aid station after a Chevy Chase-worthy pratfall into the folding Cotton Bowl seats. On the receiving end, besides aluminum and concrete, was the skull of one unfortunate young lady, who was shaken but mercifully unhurt.

Like everyone else her age "TCB" saw, she was there with a parent. Although youngsters made full use of the plug & play kiosks at the festival's tradeshow Saturday, most kids at Sunday's concert looked like they'd rather be home downloading Rooney or the Black Eyed Peas. Contemporary slingers like Robert Randolph, Jonny Lang, and even Eric Johnson – who all performed Saturday – have scores of devoted fans, some of them even their ages, but nowhere near the kind of mass appeal Clapton and his peers once had. The festival, a benefit for Clapton's Crossroads rehab clinic/tax shelter in Antigua, West Indies, will no doubt be counted a success, but more than anything else, it revealed that the era of the guitar hero is over. Jimi Hendrix has finally left the building. 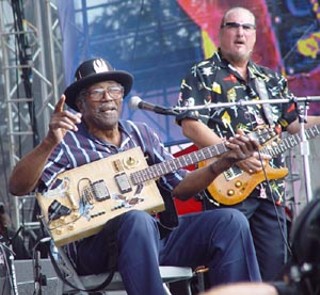 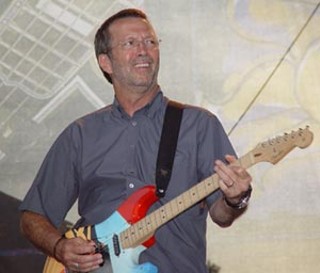 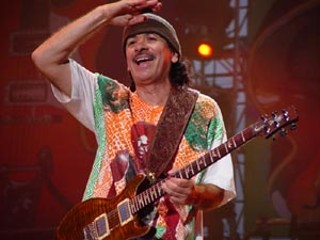 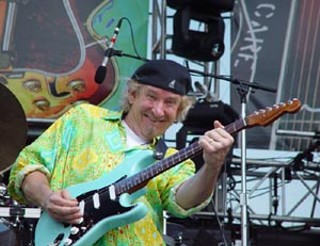 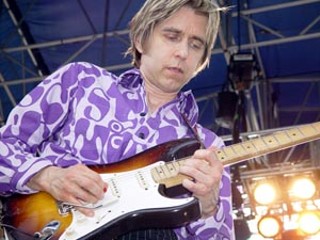 Eric Johnson, whose set was watched with interest by Clapton. They met afterward. 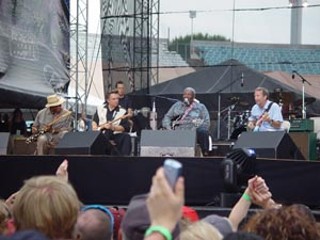 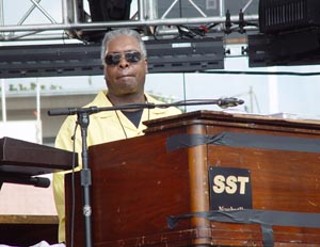 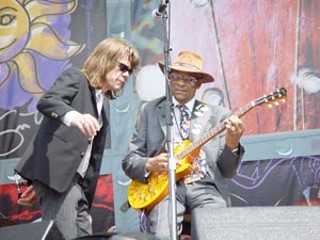 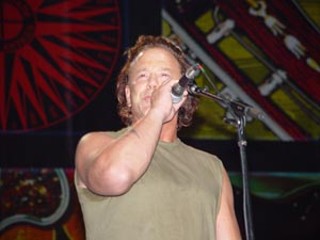 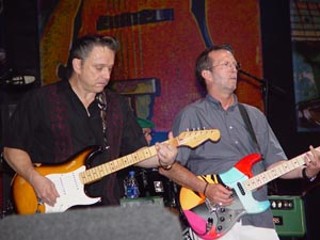 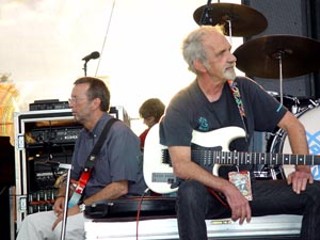 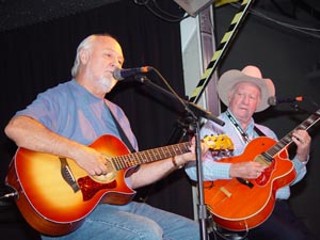 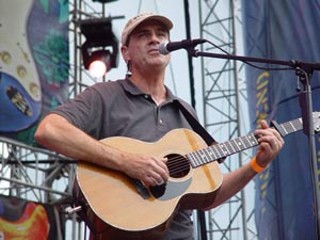 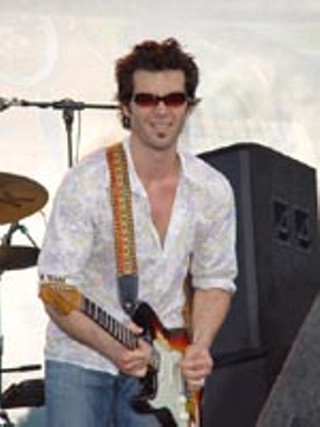 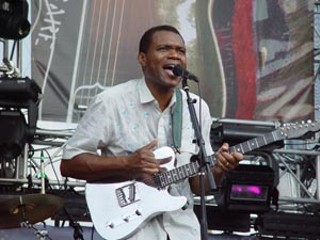 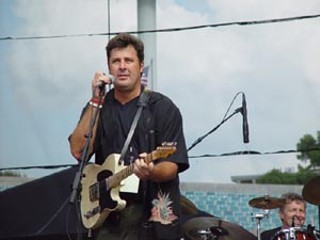 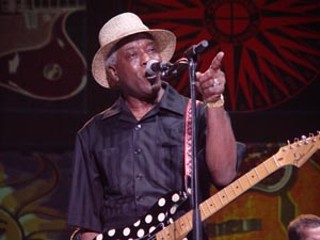 Sonny Curtis, "I Fought the Law"

Three instances of the outside world coming to the Crossroads Guitar Festival. 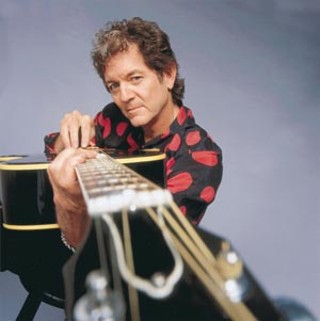 The next time you see Rodney Crowell, it might well be at BookPeople. In a recent conversation, the author of "'Til I Gain Control Again" and "Stars on the Water" said writing his memoirs helped him get a handle on the heavy thoughts that pervade his latest (and many say best) album, Fate's Right Hand. Here's a heavy thought about Austin's fate: Crowell, who saw Hank Williams, future father-in-law Johnny Cash, Bubble Puppy, and the Moving Sidewalks as a Jacinto City youth, settled locally around Thanksgiving 1974 and thought, "OK, this is where I'm gonna live." A few months later, he sat in with Emmylou Harris at the Armadillo World Headquarters. "At the end of the gig, she said, 'Hey, I've got a ticket to L.A. You wanna go?'" recalled Crowell. "I said, 'Yeah, I'll go.' So I went and stayed seven years."

Can hippies and hipsters share Zilker Park peacefully? Duh ... this is Austin. Without further ado, your scorecard for the 2004 ACL Festival Sept. 17-19. Tickets are $70 'til Saturday.