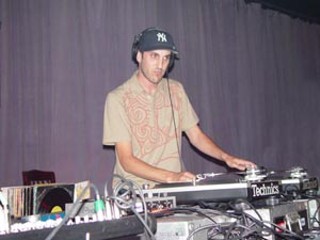 On the surface, this Friday night event was a rousing success. Its promoters enjoyed a packed house, and the DJs on hand had no problems keeping the dance floor active. Beyond the façade of a fruitful turntable excursion, however, resides a nagging wound of cultural misappropriation so far gone in its nescience that it begs for castigation. While Austin's DJ Mel presented his usual repertoire of skillful mixing techniques, his song selection deliberately catered to those who prefer their funk strained through sterile cheesecloth. The Jacksons' "State of Shock" and P.M. Dawn's "Set Adrift on Memory Bliss" were hardly hitting when they were originally released, let alone now. A seamless blend of AC/DC's "You Shook Me All Night Long" and No Doubt's "Hella Good" makes perfect sense when it comes to matched tempos, but its cleverness is passé for those who aren't still treating the mash-up as if it were invented yesterday. In other words, how low must a DJ stoop in order to woo an uninitiated audience? Unfortunately, DJ/producer Greyboy didn't fare any better. It was bad enough the California native was sporting a Yankees cap deep in the heart of Texas, but he also failed to play a single song from his stellar current release of original material, Soul Mosaic. Instead, he promoted the revelation that, yes, DJ Greyboy is an atrocious mixer. While he raised the bar on the song-selection tip, mining true gems from the Seventies, including "The Message" by Cymande and "Funky Nassau" by the Beginning of the End, every other segue approximated a rhythmic train-wreck. The irony of Greyboy playing Queen's "Another One Bites the Dust" toward the end of the evening – the only repeat from Mel's set – fell right in line with the seemingly tasteless nature of the proceedings. Add in that this event was co-sponsored by Scion, a company that has spent millions of dollars attempting to convince us that its vehicles are an inherent extension of hip-hop culture, and there simply aren't enough admonishments to go around.