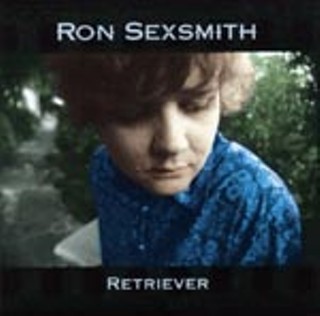 Seventies AM radio would've gobbled up Toronto's Ron Sexsmith like three scoops of vanilla ice cream lathered in chocolate sauce and nuts. Blue boy's seventh LP, Retriever, which far out-distances his 2002 Nettwerk debut, Cobblestone Runway, and overall is Sexsmith's best bauble since his mid-Nineties Interscope output, would've gone Paul McCartney back in the day, spinning off one high-rotation pop smart after another. Cherubic describes both Sexsmith's baby face and his ripe, plump voice. Paired with his ever-fertile tunesmithery, ether-plucked choruses, and airwave melodies, singer and song beget a pop ball worth fetching again and again on Retriever. Golden. Whether clever "Imaginary Friends" ("all the friends who've been real and true wonder who you're talking to ..."), merry-go-roundabouts like "Not About to Lose," or mellow Bread-winners such as "Whatever It Takes," track upon track bursts with classic AM/FM density. The strings were arranged by a pro (David Davidson), which is to say they go unnoticed until they flare up like Catherine Deneuve's nostrils. Effortless segues like the lovely formality of piano ballad "Tomorrow in Her Eyes" into up-tempo follow-up "From Now On," or the buzzing solitude of "For the Driver" giving way to the splashy "Wishing Wells" are as seamless as they are stimulating. Retriever ends with a whimper rather than a whisper, but at 12 songs in 40 minutes, the pacing is perfect. So too would it be if Ron Sexsmith were sequenced between the blue-eyed soul of Boz Scaggs and blue-collar tales of Harry Chapin on free-form frequencies of yesterday and today. (Ron Sexsmith plays inside at Stubb's, Tuesday, June 8)