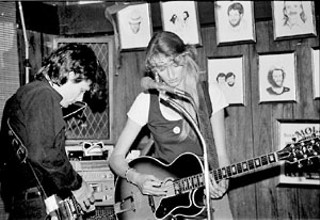 It's hard to say whether Lucinda Williams, Kelly Willis, or even Spoon would recognize today's Hole in the Wall, which turns 30 next month, as the site of some of their earliest gigs. Extensive renovations have rendered the live-music landmark's interior nearly unrecognizable from the Timbuk 3 and Sincola days, but the new management's gambit of catering to the beer-and-billiards coed crowd in the back while offering music up front seems to be working. "The pressure's off," says Paul Minor, who's been booking the Guadalupe venue for the past few months. "We can have killer nights or average shows, and the bottom line doesn't change all that much." Minor is using this newfound freedom to program 30 Shows in 30 Nights for the club's June-long anniversary. Current Hole headliners like Jane Bond, Elizabeth McQueen, and Scott H. Biram are penciled in alongside distinguished alumni the Weary Boys, the Meat Purveyors, Damnations, Li'l Cap'n Travis, and 2 Hoots & a Holler. Even long-dormant groups like the Horsies, Flying Saucers, Teddy & the Talltops, Wannabes, and Shoulders, plus former owner Jeff Smith's new band, the Gawthem Mongeese, are getting in on the action. As always, all shows are no cover, and if you look close enough, you might see a little of the old Hole poking through. "The feng shui is much improved, but it's still the same old dive," swears Minor.

Tower announced last Friday its Austin store will close June 13, but not before liquidating its inventory with a 20%-off-everything sale starting May 27 that bumps up to 30% June 10... DJ mecca Alien Records is settling nicely into its new location in the Hyde Park Marketplace at 41st and Guadalupe, celebrating by slashing prices by 30% through Saturday. "We got tired of all the Lamar traffic," says employee Jason Cook of the store's previous Fifth Street location. "Plus, we were below street level and had a couple of floods"... At construction central, Cheapo's Jason Shields says business had only dropped about 10% before the work crews moved right outside his door Monday, but even so, the used-CD outlet at 10th and Lamar is far from inaccessible. "There are plenty of ways to get here by avoiding Lamar. You just have to take the numbered streets"... When Thirty Three Degrees closes May 31, it might not be long before employee Carlos Villareal steps in to fill the void. Villareal is in the early stages of drafting a business plan for a new store, one he hopes will also provide a venue for groups like Epistrophy Arts. "A lot of people are going to be artistically homeless," he notes... Finally, former Emo's general manager David Thomson is in the hunt to open a campus-area emporium of his own, hopefully, he says, by year's end and with a bar/coffeehouse attached. 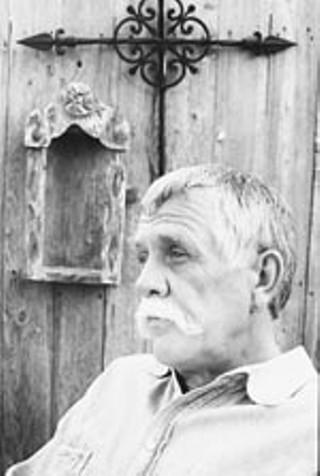 The Kerrville Folk Festival, which begins its 32nd go-round this weekend, is known the world over as a premier destination for acoustic-minded music fans. But that wasn't always the case. In The Improbable Rise of Redneck Rock, Jan Reid's recently revamped warts-and-all history of the Armadillo era, Kerrville founder Rod Kennedy explains his difficulty convincing his neighbors the festival was on the up-and-up:

"'There's a great deal of local trepidation about what we're doing up there,' Kennedy said. 'We're keeping up a continuing, low-pressure publicity campaign about our moving to Kerrville, about the way our festivals bring young and old people together, about the age-old tradition of festivals in this country. To the uninitiated, the word "festival" means rock, pot, bottle-throwing, filth. Which is something we're campaigning against.'"

Kennedy retired in 2001, but Kerrville is still going strong; see www.kerrvillefolkfestival.com for a full rundown. Reid, Steven Fromholz, Ray Benson, and other Redneck Rock faces will participate in a panel discussion 7pm Wednesday at Stubb's, with music afterward by Fromholz, Colin Gilmore, and lots more. Proceeds benefit the SIMS Foundation.

Those rock stars ... so sensitive! Our own Andy Langer incurred the wrath of serial rehabber and Velvet Revolver frontman Scott Weiland after Langer's article in the June issue of Revolver ran under the headline "The Ego Has Landed." Revolver editors actually penned the offending headline, but Weiland was unhip to the ways of copy editing, and posted the following missive on www.velvetrevolver.net last week:

I would love the opportunity to speak to you further, you fucking kiss-ass pussy sycophant bitch. ... You know what half-man? My studio is in Burbank, the same place where you met me, interviewed me, and kissed my ass, you fucking worthless piece of journalist shit. Five days a week! I'll be there bitch! No more interviews, you're all a bunch of fucking kiss-ass pussy turncoats."

Langer opted for the high road, saying only, "I wish him a speedy recovery." The saga continues when Velvet Revolver stops by Stubb's June 17.

Austin's recurring craze for covers documented in new "TCB" cubiclemate Darcie Stevens' fine article last week continues unabated – her story even brought Luke Wilson out to the Parish last Friday. Tonight (Thursday), again at the Parish, My Education, Cue, TunaHelpers, and Octopus Project serve up a night of movie music – Midnight Cowboy, Rosemary's Baby, Flashdance, etc. – to benefit Cinematexas. Friday, "TCB" crony Bill Davis turns off the Astros long enough to host interpretations of the Wilco catalog by members of the Gloria Record, the Pretty Please, bedbug, Zykos, Slowtrain, and more at Ego's. A little further off, soulful Vallejo side project Juice anchors a Prince tribute at the Hole in the Wall June 7, and "TCB" is hereby putting out feelers for a possible Blackfoot hoot. Any takers?

Emo's is without a doubt one of Austin's signature clubs, but according to last week's edition of satirical weekly The Onion, its men's toilet is officially "Too Disgusting to Shit In." "It was really not the kind of place you want to leave a big pile of digested food matter after squeezing it through your rectum from the depths of your bowels," area man "Max Risdy" told the paper despite his being entirely fictional. "You've heard of, 'No such thing as bad press?'" asked owner Frank Hendrix outside Monday's Dirtbombs show. "This is." "No it's not," disagreed booker Graham Williams. "During SXSW, those guys are in here all the time." When not "occupied" with loo-related damage control, the Emo's folks are busy prepping for their Cinemania music 'n' movies blowout Memorial Day Weekend at the Two River Canyon amphitheatre. Hendrix promises plenty of pristine Porta-Johns.

Rock around the clock takes on a new meaning this weekend as the Victory Grill kicks off its Capital Campaign, with the goal of raising $125,000 to get the 59-year-old East 11th Street venue up and running full time. The Grill, recognized by no less than the U.S. Department of the Interior as a cornerstone of the legendary Chitlin Circuit, opens its doors at 6pm Friday for 48 straight hours of food, drink, music, art, poetry, history, and insomnia. Parties interested in volunteering or donating goods and/or services should contact Eva Lindsey at 220-1381 or ipace1201@hotmail.com.

Austin folkgrass sensations the Greencards' debut, Movin' On, which hit No. 5 on the Americana Music Chart in April, has been picked up for national distribution by Portland-based Burnside Distribution. The trio plays San Marcos' Cheatham Street Warehouse Friday before a monthlong tour up to Fred Eaglesmith's Roots on the River festival in Vermont.

Witness a different kind of heavy metal as several area smiths and sculptors show off their creations in the latest installation of "Metalamongus," 6-10pm Saturday at the Design Center of Austin in the Penn Field complex on South Congress. Free food, drink, and music, probably that other metal.

In order to accommodate Thee Vinyl Trip with waxman Dennis Campa, "TCB" has moved his Beerland Western Wednesday start time to 6pm. Lone Stars are still $1.50, and this week's offering is a goodurn: John Ford's 1962 meditation on justice and legend, The Man Who Shot Liberty Valance.