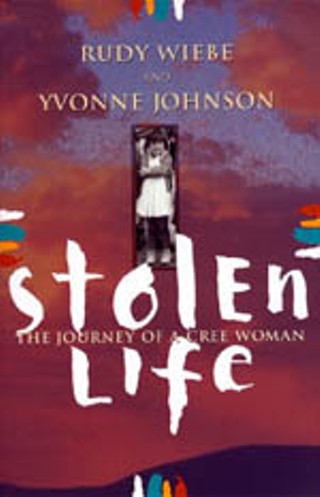 In her autobiography, Stolen Life, Canadian Cree Yvonne Johnson spares little in the telling of her life of abuse, incest, rape, physical deformity, poverty, and crime. Yet Johnson, who won't be eligible for parole until 2014, doesn't point fingers, make excuses, or otherwise deny guilt for the murder that got her a life sentence. Instead, she has used the experience to not just rehabilitate herself, but to redeem her battered, brutalized spirit. When Eliza Gilkyson ran across Stolen Life in a Canadian airport, she was stunned.

"I just inhaled it. I knew then I wanted to write her story in song, but I didn't know how to do it right. So much detail; how was I going to get all these elements in, this history of abuse, the murder, how she found herself? How to convey that and the emotion? It was so daunting."

"Ballad of Yvonne Johnson" is, in the deepest, most enduring sense of the phrase, a folk song. It's as much a political statement as a horrific tale, made all the more painful for its unalterable truth. In concert, Gilkyson admits it's not always performed, nor does she include it in shows that are one set only.

Gilkyson allowed Johnson's own words to guide the song. (See complete lyrics online.) Johnson shares a writing credit for it, and recently contacted Gilkyson through co-author Rudy Wiebe to express her delight about the song.

"'Grandmother, grandmother, send your prayers to me, protect me and my children for I love them endlessly. Creator, creator ...,'" repeats Gilkyson. "These are all her prayers, her words. I stuck a few things in there, but her words had a cadence."

Telling Johnson's tale was important to Gilkyson, who believes in strength in numbers.

"In Yvonne's case, I think writing the book helped her. She says, 'Help me share my shame and pain so others may do the same.'"

"Abuse, incest, rape; for women they're so prevalent that it's best to go ahead and bring it out to the collective, so that we may cry for these people, because there isn't any amount of tears they can cry that will ever heal them enough. If the collective can cry with them, I honestly think they have a shot at a better life."