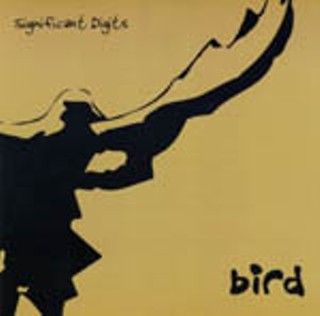 Bird Austin's Melissa Mullins and Aimee Jost want to be Kim and Kelley Deal. They're just screaming – sometimes literally – to be inducted into the hall of women rockers. They've got the song structure down. They've got the lyrics down, too. What's lacking is solidity, conviction, and an experienced producer. Ever-present harmonies are all off by a hair – a hair long enough to make teeth gnash – and many of the dissonant chords come off as mistakes, improvisation gone awry. The biggest downfall, though, is the mix. Vocals soar above melody, and guitars drown in background noise. Meaningful in its creation, Bird just doesn't quite fly. Jost's songs are powerful and catchy; she excels in songwriting, and her basslines are solid. Her "Marco Polo" is the album's saving grace, mixing the rhythm of Ani DiFranco with a Pixies undercurrent. Her "Poor Hat" attempts Nick Cave, but still doesn't Let Love In. By contrast, Mullins' songs don't get off the ground. Hers are so busy and jarring ("Calm," "Anesthesia"), there's no room to listen. Layered vocal tracks designed to build depth don't sync up and are so high in the mix they can't be ignored. The camel's straw is guitarist Geoff Lasch, who wanks harder than the Darkness' Dan Hawkins. A good effort, but the Digits could use more time in the studio and a lot more practice.