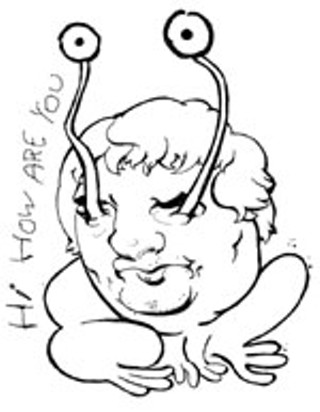 KLRU flagship and 2003 National Medal of Arts winner Austin City Limits' reputation continues to expand to the point where organizations are now basically creating awards for it. The show's latest accolade came last weekend at the International Center of Austin's International Consular Ball, where it beat out the Austin Sister Cities International Committee and a joint Austin Police Department/Wells Fargo Bank venture for the Will Wynn Award for Culture. Seriously. (That sound you hear is "TCB" straining to keep a straight face.) The award recognizes individuals and groups that promote "internal/external cultural and artistic exchanges," but the Austin Music Network is not expected to be among next year's nominees.

Accepting for KLRU was "designated penguin" Ed Bailey, who admitted Monday that black tie was "not the usual ACL dress code." However, Bailey was impressed by the Texas National Guard's "archway of swords" that formed an entry for the guests of honor – representative consulars from 19 different nations – and said both the Japanese consular's wife and former Austin Mayor Gus Garcia had kind words for the show. "It was kind of a pomp and circumstance affair, from a guy they never let into stuff like that," he laughed.

Bailey and ACL producer Terry Lickona also ventured to San Antonio April 9 to pick up the 2004 Outstanding Contribution to American Culture Award at the Popular Culture/American Culture Associations' annual conference. ACL was the subject of no less than three papers presented over the weekend, but Bailey downplayed all the academic attention. "We just do what public television always does," he said. "We're here to tell the other side of the story."

The show, enjoying what Bailey calls the "unprecedented leverage" supplied by co-producer Capital Sports & Entertainment, begins taping for its 29th season with Joss Stone on Friday and Etta James Wednesday. Ticket info at 475-9077. Meanwhile, CSE and ACL's other big co-production, the Sept. 17-19 Austin City Limits Music Festival, is now less than five months away. A limited number of three-day passes go on sale for $70 at precisely 12:01 Saturday morning, online only through www.frontgatetickets.com.

"It's better," says Charles Attal of the Zilker Park fest's 2004 roster. All 140 acts are booked, but Attal says he can't officially release any names until late next month. Thankfully, some dogged legwork by the loyal cadre of "TCB" spies makes it possible to provide some not-so-subtle hints in the following sentence: Being there at dawn in the lonesome, crowded West, Archduke Franz Ferdinand stroked his cal(ex)ico cat and moaned, "O, what a lonely boy am I!" Make of that what you will.

Only in Austin. Daniel Johnston's famous antenna-eyed frog mural has gone from nearly vanishing when California-based restaurant chain Baja Fresh took over the old Sound Exchange location at 21st and Guadalupe to, via a sleeve patch of that same frog, becoming part of the employees' uniform. Furthermore, the Baja Fresh higher-ups commissioned Johnston to do a painting to hang in the store, which he delivered last week. "It took a couple of weeks to get it done, but I'm a very lazy artist," says Johnston from his home in Houston exurb Waller. The new work features the frog and many of Johnston's other familiar characters, including Captain America, Casper the Friendly Ghost, Cheshire Cat, and the Toxic Avenger-like figure from the cover of Rejected Unknown. "It's something people can stare at while they're eating that won't gross 'em out too much," reckons the artist. Johnston just returned from a brief tour of the East Coast, where he heard an advance of Gammon Records' imminent Johnston tribute album with Lou Reed, Tom Waits, Beck, and a bunch of bands he doesn't recognize. "I'm not really hip to who's popular, so I don't know who's who," he insists. Johnston does like what he heard, though: "I was really impressed," he says. "A lot of heart." 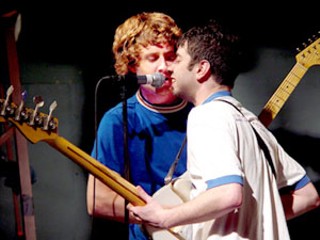 GET A LITTLE CLOSER 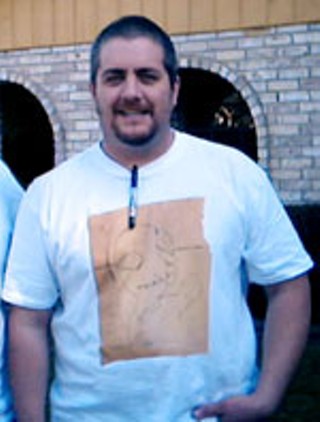 Longtime Squat Thrust bassist Wade Longenberger, 38, took his own life last Tuesday. Longenberger was born in Chattanooga, Tenn., but grew up in the Houston suburb of Spring and graduated from Klein High School. He attended Texas Tech University in Lubbock, where he met future bandmate Jimmy Bradshaw at a 1985 Black Flag show. "He was wearing moon boots and skintight coaches shorts," recalls Bradshaw. "There was a slam pit, and he was doing this sort of half-speed slamdancing. I felt compelled to introduce myself." Bradshaw and Longenberger moved to Austin in '87, landing in the same outré art-punk scene that spawned Crust, Ed Hall, and Pocket FishRmen. "We started off playing anything in the house that made noise, like blenders and vacuum cleaners," says Bradshaw, calling his friend generous, opinionated, and a wholly unique performer. "He would have confused Jaco Pastorius," he swears. "He did some bizarro stuff." Bradshaw credits Longenberger, who also owned the Krusty Kolor printing studio, with many of the ideas – like performing inside a giant homemade plastic bubble – that made Squat Thrust one of Austin's most off-the-wall live bands. "It just sucks we don't get to see what he was gonna do next." 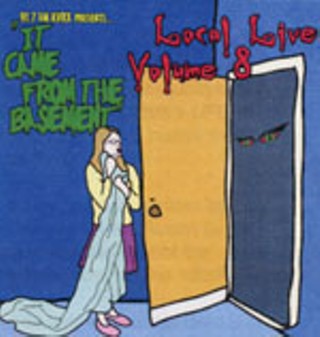 KVRX Local Live Vol. 8: It Came From the Basement

BEHIND THE EIGHT BALL

It Came From the Basement is the eighth installment of songs from the UT student station's long-running Local Live program, which began in 1996 and airs 10-11pm Sunday nights on 91.7FM.

THE BASEMENT TAPES As ever, Basement offers a wealth of up-and-coming local talent, ranging from the old-timey sounds of Scott H. Biram's manic "Truckdriver" and the White Ghost Shivers' "Up Jumped the Devil" to Single Frame's electro-surf "Clipper Ship," Echo Base Soundsystem's dubplate "Niko," and Maneja Beto's Latin groove "Adrento el Que Sea Cobarde." Other Basement dwellers include Stars as Eyes, This Microwave World, and Knife in the Water.

, and MadamImAdam, and Thursday, April 29, with Knife in the Water, White Ghost Shivers, and Maneja Beto.

Alt.country chanteuse Neko Case canceled her May 22 Parish show this week to allow for her steel guitarist's heart surgery, but will reschedule soon with all tickets good for the later date. In a related development, Senior Music Editor Raoul Hernandez has locked himself in a Chronicle supply closet and refuses to come out.

The Continental Club hosts a listening party for Loretta Lynn's new CD Van Lear Rose Saturday at 7pm. Neither Lynn nor producer Jack White is expected to attend, but she would appreciate it if you call CMT and request her video so she doesn't have to do it herself.

Road trip alert: Hirsute Houston Rock and Roll Hall of Famers ZZ Top get back on the bus this summer, July-September. Lone Star fans have their pick of Wichita Falls, Beaumont, and Hidalgo June 25, 26, and 28.

It disturbs "TCB" to no end to report that locally, the traditional handshake greeting is increasingly being replaced by people helping themselves to a handful of ass. This is acceptable social behavior only if one yells, "I'm Rick James, bitch!" while doing so.