James McMurtry and the Heartless Bastards 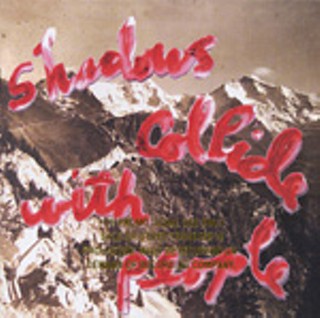 James McMurtry and the Heartless Bastards

Live in Aught-Three (Compadre) Nearly every Wednesday, the Continental Club has been featuring the unbeatable double bill of Jon Dee Graham and James McMurtry. With two iconoclastic singer-songwriters whose love of guitars is set on stun, it's a blow-your-face-out kinda night that, if you're not careful, will wreak havoc on the rest of week. Live in Aught-Three wasn't recorded in South Austin, however. It's a sampler from shows recorded in Salt Lake City, Nashville, and Asheville, N.C. It's nevertheless a worthy representation of what McMurtry and his band, the Heartless Bastards, are capable of laying down. There's a broad survey of songs from his seven albums, including a solo rendition of the previously unreleased "Lights of Cheyenne." Tunes such as "Choctaw Bingo" and "Too Long in the Wasteland" demonstrate McMurtry's ability to capture a gritty slice of life played unflinchingly loud. As a trio, the Bastards are drummer Daren Hess and bassist Ronnie Johnson, McMurtry sonically illustrating that he's a much better guitarist than he's generally given credit for. The sound is bare bones, raw, and raucous. Several tracks extend beyond six minutes, yet there's no noodling. There's a sense of jamming going on, but like McMurtry's lyrics, this is no-frills, freak-flag rock. Turn it up.