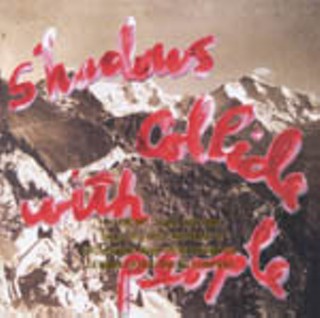 Shadows Collide With People (Warner Bros.) More so than Anthony Kiedis, Flea, and Chad Smith, the latter two emerging from the shadows here, John Frusciante's fourth solo album misses Rick Rubin. Even genius needs shaping, and the Yeti-like production Svengali has proved time and again that the Red Hot Chili Peppers' guitarist is a melodic clairvoyant who harnesses platinum. Neither as harrowingly schizophrenic as '94's Niandra LaDes and Usually Just a T-Shirt, nor as streamline specterish as '01's To Record Only Water for Ten Days, the SoCalifornicator's Shadows Collide With People mashes two of the region's mad pop scientists (Wilson and Buckingham) into a gurgling, early-GBV harmonic convergence. The primordial intro to Pepper-encrusted "Carvel" ducks you into Frusciante's headspace as the opener, rejoinder "Omission" following it up as positively By the Way. The melodious moans of "Regret" and "Ricky" are equally RHCP, "Second Walk" a two-minute surge of modest vox, cocky (sock) strut, and a piercing guitar solo. When the radio emission from Mars, "–00Ghost27," breaks in about a quarter of the way through Shadows, Frusciante starts to wig, tweaking though the remainder of the 18 tracks. Between the exploratory sonic bookends of "Failure33 Object" and "23 Go in to End," only the boardwalk pop of "Song to Sing When I'm Lonely" cries Frusciante's golden tears. Closer "The Slaughter" bleeds nothing less. Tighten the screws slightly, and you've siphoned off a bit of Mother's Milk and/or Blood Sugar Sex Magik. As it is, Shadows Collide With People will lurk under your bridge anyway.