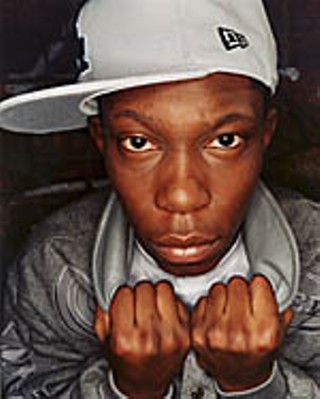 "When I first started hearing Down South rap I actually laughed at it because of the accents and the slang," reveals East London rap phenomenon Dizzee Rascal. "But eventually, I grew to love it."

Citing "Choppin' Blades" by UGK as a significant influence on his work and sending a shout-out to the late Soulja Slim, Rascal, the 19-year-old Mercury Prize winner, points to his own songs "Stop Dat" and "I Luv U."

They have "electro bass elements that I would expect a fan of Southern rap to enjoy."

A product of London's ever-clashing garage scene, the MC bristles at being categorized.

"Some people are already labeling my music as 'grimy.' I think it's still too early to give it a name. It's really a fusion of various styles. Plus, I plan for every album I do to be different."

Despite the stringent expectations of an American audience that might not understand why he signed with Matador instead of Def Jam, the equally talented producer doesn't want to be pigeonholed as a rap artist.

"Nor did I want to change up my album for American release. I guess I just do things a bit too differently for some.

"See, I didn't come up doing mix tapes. It was pirate radio, illegal all the way. I didn't even come up doing hip-hop. I was really into drum and bass before the garage thing took off. I like to make beats as off-kilter as I can, just to challenge myself to rhyme over them."

As his debut, Boy in Da Corner, warps old-school techno strains into futuristic mutations, Rascal freely acknowledges that the U.S. will always be the home of hip-hop.

"But hip-hop has become an international thing with different twists being added to its original formula every day. I just hope that in the case of my music, Americans can appreciate something that's homegrown from the people."