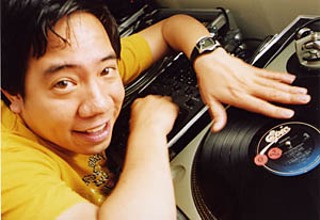 "To some people, what I do is a novelty, you know? But for me, growing up in a small town outside of Houston, this music was pretty much all I had – it's me. Mixing Willie Nelson with hip-hop? People say, 'You're not supposed to do that,' but to me it just comes naturally."

The chances of anyone with a functional pair of ears mistaking recent Austin-by-way-of-SA DJ Jester the Filipino Fist (aka G. Michael Pendon) for anyone else is nigh unimaginable. Who else has the cojones to mix Björk smack into Biz Markie's seminally goofy "Just a Friend" before ricocheting the whole mess into Weird Al Yankovic's "I Lost on Jeopardy" and wrapping the whole schmear in the bright red bow of Yo La Tengo's cover of Daniel Johnston's "Speeding Motorcycle"? How do you spell relief? E-c-l-e-c-t-i-c, baby.

Jester has two guerilla releases under his belt: 2000's River Walk Riots, and 2002's Heavily Booted, the latter of which helped score him a spot spinning with buddy Kid Koala on BBC Radio One at the behest of no less than Radiohead. While generating the underground buzz that ensnares even the hippest of the hipsters, the unassuming DJ is in the admirable position of calling his own shots and making your ass move while he does so. Again, who else would insert the theme from Eighties TV also-ran The Greatest American Hero into the middle of a set?

"I grew up the youngest of four," he explains, "so I ended up listening to my brothers' tapes – Sting, Howard Jones, stuff like that – then picked up hip-hop and fused the two."

Next up: a post-SXSW Texas tour with Lederhosen Lucille and a new CD currently being recorded "in my bedroom." But that's just DJ Jester the Filipino Fist: keeping it surreal, as always.