Dirt on the Angel (Terminus) 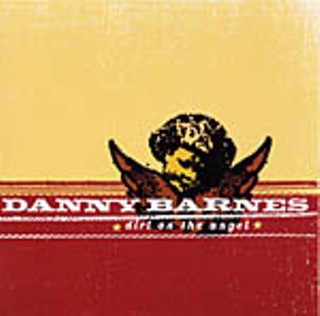 Dirt on the Angel (Terminus) Danny Barnes is a study in contradictions. A gifted banjo player, Barnes is also a Butthole Surfers fan. An old-time music devotee, the singing multi-instrumentalist also has a degree in audio engineering. Born in sunny Texas, the founding Bad Liver now resides in oft-cloudy Washington state. Barnes' varied interests are reflected well in his fourth album, containing both the folk masterpiece "Keep My Skillet Good and Greasy" and Beck's "Loser." In lesser hands, these sundry influences would be musical mush, but in Barnes' broad and graceful digits, the result is a gorgeous, weird, entertaining whole. Partial credit goes to Barnes' choice of fellow pickers, Rolling Stones/Allman Brothers/Eric Clapton sideman Chuck Leavell on organ and piano, and famed textural guitarist Bill Frisell, among others. With more than a dozen well-recorded tracks, Barnes has no problem with fertility. Quality's not an issue either. "Bluegrass Suicide" showcases Barnes' adroit but tasteful banjo-pickin', the fresh flowing "Kitchen Floor Waltz" could've been written a century ago, while "Get It While You Can" has deeper-than-bedrock country roots with an urban, if not urbane, worldview. And if Barnes & Co. are comfortable with Ronnie Lane of the Faces' "Ooh La La," it's because Barnes learned the song directly from Lane. In both song selection and execution, Dirt on the Angel presents the hard-to-classify/easy-to-love Barnes as one of America's musical treasures. (Saturday, March 20, midnight @ Coyote Ugly Saloon)