She's got her TV eye on me 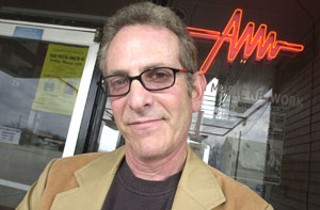 The Austin Music Network found itself in a maelstrom of controversy last week after the Austin American-Statesman reported Friday that Austin Mayor Will Wynn would seek the network's immediate termination. Things cooled off over the weekend, because AMN general manager Louis Meyers said Monday, "I feel strongly we're not in danger of losing the channel this week."

The trouble stems from a "Vote 2004" public service announcement aired on the channel that shows mug shots of Wynn and Council Member Brewster McCracken – the only two who voted against continuing AMN's funding last year – alongside President George W. Bush and Gov. Rick Perry, with the caption, "You can make a difference!" However, the Statesman reported Friday that city attorneys conducted a criminal review and determined no laws were broken.

Another sticking point was AMN's airing the sexually explicit "Tip Drill," by Austin-born rapper Nelly. Meyers sent a letter of apology to the city and had a staffer sort through the station's library to pull any other videos that might be considered indecent or obscene. He estimated around 50 videos were flagged, most of which had rarely if ever aired. Meyers said Monday that the city was as yet unable to find the complaints supposedly lodged about the Nelly video, but denied that the current flap results from any kind of personal vendetta by Wynn.

"His unhappiness [with AMN] was in existence long before I got here," he said.

Meyers instead outlined the progress the station has made since he took over last July. AMN has gone from less than 5% programmed to 100%, with several hours a week of children's programming and local-filmmaker showcases. Financially, he said, AMN now makes more than half of its operating revenue through ad sales, fundraisers, and sales of donated items. The only city money it receives is $150,000 from a hotel/motel bed tax, which means Austin taxpayers enjoy the channel essentially for free.

Perhaps more troubling was another Statesman story Thursday that said the city was in talks to turn the network over to Time Warner, who want it for a privately run regional music-and-film channel. Presently, AMN is only available on Time Warner systems within the city limits.

"[The Time Warner reps] had meetings with everybody at the city except for me," Meyers said, but added he thought the groundswell of public support and positive feedback given the network since the stories hit would forestall any imminent demise.

"I think the public has spoken," he said. "The support has been phenomenal."

Out of This World

This Microwave World's scorching, disco-rooted post-punk has made them one of Austin's can't-miss acts (see SXSW "Picks 2 Click," p.62), but that's not enough to keep frontman Sean O'Neal from relocating to New York. "I've been talking about moving for five years, and now I'm trying to goad my bandmates into going," he says. Keyboardist Erin Mikulenka is on board, with bassist Brandon Loe and keyboardist No. 2 Evan Lawrence being receptive but unsure if they'll be able to move. Drummer Clint Thorman's decision to leave the band come April helped spark the idea, but with New York currently mooning over the Rapture and Radio 4, O'Neal figures TMW might be "less of an anomaly" up there. "People keep telling me, 'If you guys were in New York you'd do a lot better,'" he says. After opening for Spoon on Saturday at the Parish, the band's last non-SXSW local date looks to be a March 28 send-off at Beerland's Disco Hospital. But it's not the end. "Austin is home, and I plan on eventually moving back," O'Neal says. "There's just a lot of what-ifs and wanderlust I've gotta satisfy." 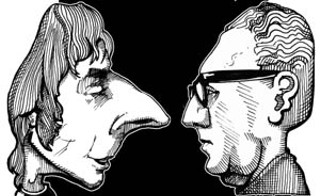 Return of the K

Those Kissinger kids, they're up to something. Again. "I just had my first day off in five weeks," relays singer Chopper from a Dick Cheney-like undisclosed location. The popular Austin fourpiece will record their long-awaited second album this summer with Robert Shimp, late of the Donnas, Plus Ones, and Hi-Fives. With several new songs already written and more on the way, Chopper promises the new album will be much more rock than the acerbic pop of 2000 debut, Charm. Almost by accident, the redlining "Certain Girls" is already getting spins at 101X. "That was really just a demo," muses Chopper, "but I gave one to Melody [101X program director Lee] and she started playing it." The impossibly tall frontman has been spending even more time on the road than usual, going undercover as a solo artist while scouting locations for future Kissinger raids. "It's a good chance to get out to places we can't afford to drive to," he says. "I write all my songs on acoustic guitar anyway."

Brave Combo has been afforded one of the highest honors in music. The Denton polka addicts' cartoon counterparts will play Springfield's Octoberfest on the March 14 episode of Fox's The Simpsons. Octoberfest. In March. D'oh!

Austin's Brobdingnagian Bards had a blast serenading revelers at New Line Cinema's The Lord of the Rings fan-club Oscar-night party. The kilt-clad duo dedicated Monty Python's "Always Look on the Bright Side of Life" to the films shut out by The Return of the King's 11-statue sweep.

Local label Post-Parlo is seeking an unpaid intern to help around the office, specifically at the Falsetto Booking Agency. Contact Ben Dickey at ben@postparlo.com for more information.

Attention all would-be wristband counterfeiters: SXSW is going high tech on your ass. Or arm, actually. Festival directors Roland Swenson and Louis Black, also the Chronicle's editor, held a press conference last Thursday at Waterloo Records to announce the introduction of new wristbands equipped with a radio-frequency identification device that, when scanned, will tell immediately if the band is on the up-and-up. The new technology will cost SXSW an extra $30,000-40,000, reflected in this year's higher wristband price, but Swenson pointed out the cost went up $10 last year, as well. Black said that although only 275 fake bands were confiscated last year, "We believe there were thousands" in circulation. "[The price] seems to go up every year but it gets me into the bands I want to see," said Austin's Mark Peters, patiently waiting in line. "It's definitely something you want to buy at a reputable place." Back at SXSW central, Music Festival Creative Director Brent Grulke said the particulars for Big Star's show haven't been nailed down yet, but the long-disbanded Memphians will definitely be sharing their bill with the BoDeans. Also, be sure to welcome back former Austinites Ana Egge, Volcano, I'm Still Excited!!, the Winter Pageant, Palaxy Tracks, and +/-.

The very latest from the "TCB" mail bin:

Hustlin' and bustlin' with this six-member ATX crew.

Payoff: Not for tender ears, but Lil Jon & the East Side Boyz ain't the only kings of crunk.

Sean O'Neal branches out from This Microwave World for some militant, Gang of Four-indebted dance-punk.

THE GET UP KIDS,

Payoff: Occasionally overwrought but rocks harder and better than '02's On a Wire.

Payoff: Save a Kerrville slot for this witty, down-home troubadour.