Opening for the female Milli Vanilli was the last straw for This Microwave World. After being shoehorned into last year's "electroclash" fad due to their use of a drum machine, the Austin quartet was tapped to open a number of style-over-substance road shows, culminating in an Emo's slot with W.I.T., three tall girls prancing around in designer dresses behind canned pop beats. The writing was on the wall: The drum machine had to go.

"We work really hard on our music," says This Microwave World singer/guitarist Sean O'Neal. "It's kind of an affront to us when we show up at Emo's, and we don't get to sound check, but three girls who lip sync and use prop guitars do."

The next day O'Neal and company ditched the offending timekeeper they'd had since their inception, and recruited drummer Clint Thorman to play the real thing.

"I never understood why just because we had a drum machine we were electro music," says O'Neal. "It was kind of unfair. People think they know what you sound like before they even listen to you." 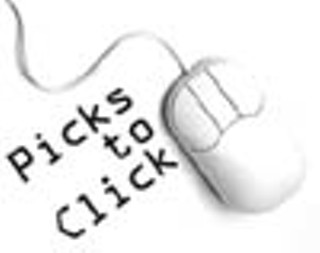 There's one goal TMW shares with the likes of Fischerspooner: setting indie kids in motion. Keyboard whiz Evan Lawrence, formerly of indie dance band OMD 20/20, came to O'Neal, bassist Brandon Loe (late of Austin's Kitty), and second keyboard player Erin Mikulenka in the spring of 2002 with a vision. Inspired by watching Austin's rock kids dancing their tails off during Eighties Night at Elysium, he wanted to inspire the same – with a real band and real instruments.

After the gesticular The Same Things Kill Your Kids EP, the band's new Total Information Awareness EP finds them hitting their stride, with Loe's dance grooves and layers of often-dirty synths fiddling while O'Neal burns his cocktail of sarcasm and ire, inspired by the Fall, PiL, and Gang of Four. Wry commentaries like "The Hours" speak volumes for the band's recent success at venues like the Parish and Beerland, where O'Neal and Lawrence organize a weekly DJ-and-live-band extravaganza called Disco Hospital:

"This is the same as it was in '81, the pretty kids don't have any fun, the rich kids they get all the drugs, everybody gets shit from the punks."

"I saw some graffiti in the woman's room at Emo's," laughs Mikulenka. "'This Microwave World is rehashed Eighties crap ... but they have great hair!'"

Ain't it the truth. Half of it, anyway.