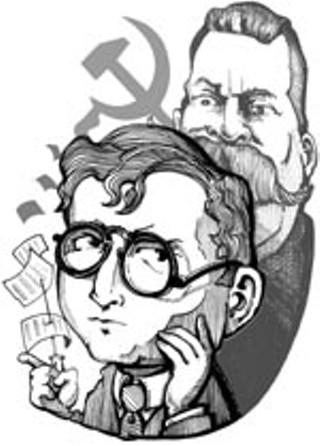 Austin is not a classical music town. At least, not by reputation. That's not the case for cities like New York, Chicago, and San Francisco. These are places where the famous orchestras reside, where operas are premiered, and where famous classical composers, conductors, and performers both celebrate and are celebrated.

But Austin is a classical music town. Not by reputation, perhaps, but in reality. There's a classical music subculture here that's vibrant, active, diverse, accessible, and affordable. There are more than 30 full-time organizations and groups presenting classical concerts regularly, and there's an equally long list of high-quality groups at UT, as well as countless individual musicians.

And something the Austin scene can boast of is one-upping the big guys in accessibility. You don't have to take out a loan to see an opera here; the Austin Symphony has cheap seats that, while a little farther away, still offer great sound. Meanwhile, many UT classical concerts don't cost a dime.

Monday's performance of Shostakovich's Symphony No. 10 by the UT Symphony Orchestra, conducted by Kevin Noe, isn't free, but this blowout work by a riveting, adventurous composer is only a measly $5. This is far more than anyone could expect for so little. Consider Austin lucky. Again.

Dmitri Dmitriyevich Shostakovich was the pride of the Soviet Union, a serious and complicated figure whose music and personal history are mired in controversy while his pieces are performed and celebrated the world over.

In today's environment of eclecticism, few musicians attach themselves to any one genre or aesthetic viewpoint. Everyone is essentially stuck in the middle. Though eclecticism had not yet reached its current heights, Shostakovich also found himself in the middle, starting with his musical schooling and continuing throughout his career.

For him, there were two primary contemporary forces. Many of his teachers, among others, were the traditionalists, reverently trying to preserve the language of classical music and insistent on expressing within it. On the other side, there were the modernists, all attempting to do what so many 20th-century artists were obsessed with: creating a new language.

Shostakovich was uncomfortable with both camps. He wasn't interested in creating a new language, but rather in expanding the vocabulary of the old. In a century obsessed with revolution, he insisted on evolution.

As a result, his music has an accessibility that so much 20th-century classical music does not. There's a familiarity, but also a freshness, avoiding the traditionalist's pitfall of musical stagnation. This also explains the durability of Shostakovich's music. While revolutions have a tendency to crumble and fade away, evolution continues marching onward.

Shostakovich's music took a skinny, frail boy very far, very fast. His Symphony No. 1, written as a graduation piece when he was 18, was immediately hailed and embraced by the classical music establishment (see "Symphony No. 1: A Listening Guide"). Shostakovich had arrived. Nearly 20 years later, the composer took main stage in America as a heroic symbol of World War II. While Leningrad lay under German siege, the classical music community there tried maintaining a semblance of normal life as the world fell apart around them. In this environment, Shostakovich composed his Symphony No. 7, "Leningrad," which Toscanini conducted for a radio broadcast in the U.S., making the composer something of a household name in this country for this first time.

Researching Shostakovich is like detective work. Some documents are suspect, including both his memoirs and his official Soviet biography. He was a private and protective man creating art under a regime that was both repressive and extremely supportive of him. He enjoyed the comfort and security of state financing, never left wondering whether his music would be performed or how he was going to pay his bills. In fact, he was part of that regime, maintaining official administrative positions.

On the other hand, he was publicly chastised and forced to apologize for his music, told to make music "for the people." There's little doubt he despised Stalin (see "Stalin's Favorite Pianist") and his heirs, but where his true sentiments lay is unclear. Were statements he made about his music honest evaluations or official statements made under duress? Were the stated subjects of his music just that, or was there a stronger subtext, dissidence in disguise? Scholars will be debating this far into the future.

In the end, we're left with his music, and few doubt its authenticity. His cycle of symphonies is one of the greatest, and perhaps the greatest, of the 20th century.

Kevin Noe looks far too young to be doing what he's doing. He runs a giant beast of a musical ensemble, the crown jewel of the UT-Austin School of Music, and the local music scene's biggest band: the UT Symphony Orchestra. His is a task for an age-wizened man with a stern look and a lifetime's worth of expertise. Don't let his looks deceive you, though; with his hair cropped close and ears sticking out, he brings a vibrant energy, boundless enthusiasm, and tunnel-vision focus to his job.

Noe, 35, is hardcore and hard-driving. Since arriving at UT in 2001, he's routinely challenged the orchestra with ambitious pieces that at times seemed beyond the players' reach. The orchestra has responded, resulting in not only well-executed and enjoyable concerts, but rich, fiery performances that feel more like events. Set in the intimate and resonant Bates Recital Hall where every seat is a good one, your $5 general admission gets you as close as you want to be, no nosebleeds here. And with enough members to form more than 20 rock bands, the UT Symphony Orchestra performs music on the grandest of scales.

Without condescension or elitism, Kevin Noe doesn't presume too much of his audience. Rather than take for granted the greatness of the concert's music, he feels inclined to explain his choices. Each of his concerts opens with the conductor sharing his thoughts on the piece and the program, helping open doors for the uninitiated while expanding the knowledge of those already familiar with the material.

Last year's pairing of Charles Ives and Gustav Mahler, for instance – in one concert – seemed quirky and deliberately eclectic. For Noe, the choice was one of congruence and historical perspective since he found common ground in their compositional goals and achievements. His excitement about the material is always contagious, engaging the audience before the pieces even begin. This excitement breeds receptivity and results in alert, engaged listeners hearing in the music more than they might have in a different environment.

Conducting is a strange job. Like theatre directors and football coaches, audiences are a little unclear as to exactly what they do. To a newcomer, it seems like this enthusiastic black-tie guy waving a stick is simply keeping everyone on the same beat and reminding players when to come in while the musicians do the real work. Yet, alongside the virtuosic soloist, conductors are the rock stars of the genre, the marquee names, and the reason audiences attend.

While orchestral music really is a team effort, where everyone's efforts are required, it's the conductor who's the leader, the inspirer, the guiding artistic voice. Like any great leader, a great conductor makes his or her followers better than they are. The stick-waving is important, but keeping the beat is a learnable skill. Creating and inspiring art is much more elusive. This is what Kevin Noe brings to his orchestra.

The 10th of Shostakovich's 15 symphonies was premiered in 1953 just a few months after the death of Stalin. A huge and ambitious work that runs nearly an hour long, Symphony No. 10 has done what very few 20th-century symphonies have been able to do: become part of the standard repertoire.

While one theory interprets the work as a portrait of Stalin, another has it as a cryptic homage to a secret lover, with the initials of the composer and his lover woven into the musical fabric. Whatever its genesis, however, the piece has something to offer everyone. If you think four guys in a punk band rock, try 90 people ripping it up in the second movement. If you think classical music left melody behind in the 19th century, crushed by modern atonality, you'll be surprised by this tonal piece in a somber E minor.

Shostakovich's No. 10 lives up to the expectations hoisted upon the symphonic: It's long and fully developed, tragic and dramatic, grand and virtuosic, fearsome and beautiful. The first movement opens almost inaudibly in the low strings, dark and slow. It creeps its way through a slow build to dramatic peaks over this long movement, almost equal in length to the other three movements put together.

The second movement is the firestorm, blazing its way furiously through its brief few minutes. This is the movement that allegedly was intended as a portrait of Stalin. The third movement, following tradition, is the lightest. This is the catchiest, with the most clearly laid out themes. Recent evidence revealed the (alleged) hidden meaning of this movement: love.

Intertwined in the melodies are the music initials of Dmitri Dmitriyevich with those of his secret unrequited love, Elmira Nazirova. The fourth movement starts slow and dark again but quickly bursts into a fast tempo leading to several blistering climaxes, each outdoing the other until the piece blazes to an end. 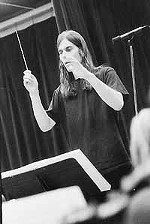