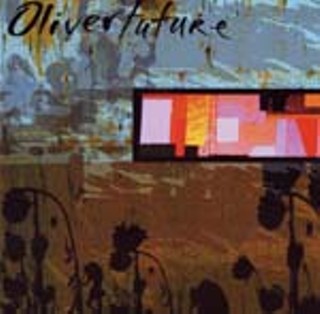 (Lilywhite) Oliver Future manages to mope up the floor with enough fractured stamina that you nearly forget most of their self-titled debut is pure Radiohead and Blur. It takes more than simply titling songs things like "AM/PM Relief" or "Missiles and Bibles"; Noah Lit's vocal performance is at times both homage and fromage compared to Thom Yorke. Featuring half of Austin's defunct Love Supreme, Oliver Future takes that group's safer songwriting and twists it into something smarter, sharper, and sadder. "Slow Down, Slow Down" neatly opens the group's Oliver Future with the kind of indie rock-awash-with-strings that makes it feel distant enough to be Brit-glam, yet familiar enough to be on the WB's prime time. To fit in for sweeps weeks, Oliver Future borrows the more accessible aspects of its heroes, a troubling scenario since they apparently want to be so different. Compared to most Texas contemporaries, Oliver Future stands apart, triumphant in exploration and execution. Beyond the state's borders, though, this is the kind of stuff every American kid with a guitar tries to do after hearing Roxy Music for the first time. Plus, a singer should shock you more than Lit does when he sarcastically wails, "I wanna shoot the president," on "1 in 24." Instead, his efforts to challenge the listener are overeager. Eager or not, Oliver Future is a game debut, expertly produced and solidly penned, though to reach their true potential, Oliver Future needs to merely listen to their David Bowie and T. Rex albums, not remake them.