Tweet
print
write a letter
Boiled down to its essence, hip-hop is nothing without a DJ. From break beats to scratching, quick mixes, and shout-outs, it's the DJ more than even the MC that dictates a hip-hop event. A musician, historian, and coordinator of proceedings, the DJ can make or break a party with his song selection, matched tempos, and extracurricular auditory frills. While the pioneering days of South Bronx lore were guided by the likes of Kool Herc, Afrika Bambaataa, and Grandmaster Flash pushing the boundaries of disco convention into the realms of street accredited postmodernism, Austin now sports its own healthy cast of hip-hop-oriented turntable wizards. 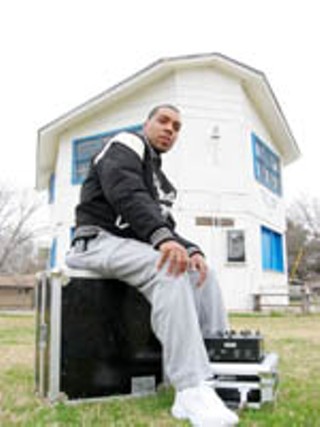 The father of Austin hip-hop, DJ Cassanova is an NYCer, and as a youngster he attended park jams thrown by Grandmaster Flash.

"My cousins turned me on to DJing," he recounts, "but they refused to teach me. So any chance I had, I'd sneak and use their equipment. By the time they caught me, I was as good as they were but much younger.

"My first gig was a DJ battle in our [high] school gym. Another DJ stepped to a friend of mine who was hosting the party. He was better than my friend and he knew it, so he tried to make my friend look bad with sharper cuts and scratches. No one knew me at the time because I was only a freshman who played low-key, but I went right ahead to commandeer the turntables and showed the challenger up."

After college and a stint in the Air Force, Cassanova relocated to Austin in 1986.

"When I came to town, no one would let me get on, so I drove all the way back to New York, got my equipment, came back, threw a few free parties, and then it was on."

In 1988, Cassanova and his partners in the Project Crew released a 12-inch of their own, which produced "Army Man," Austin's first local rap hit. In the 15 years since, Cass has spun it all, from concerts at Doris Miller Auditorium to being the house DJ at Catfish Station and figurehead of the KAZI production team. He's recently expanded his résumé with regular weekend appearances on Hot 93.3. 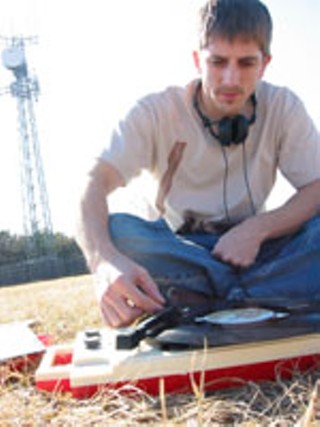 Currently touring Europe as a member of Brannen Temple's jazz ensemble, Blaze, NickNack is walking proof that a DJ can be much more than a human jukebox. Past experiences as a host of the B-Sides show on KVRX have given way to his Bside Blends mix-tape series.

"My background is in radio and mix tapes, so I am very biased toward those crafts," he explains. "As a radio DJ, song selection is everything. You have to be breaking records and playing stuff that will make a listener want to tune in. As a mix-tape DJ, your song selection is very important, but you also have to have skills on the turntables. Your blends have to be 100 percent on point. Since people play mix tapes over and over again, they require a keen sense for quality control."

The marriage of Nick's talents as a turntablist with his ambitions as a producer has yielded some of Austin's most accomplished hip-hop recordings, including Crowd Control releases like the Soundscape project with Bavu Blakes, the Re:Construction comp, and his new Improving Silence (see "Texas Platters," p.60). Considering the way Nick also fits so readily in among the sophisticated jazz expressions of trumpeter Ephraim Owens and drummer Brannen Temple in Blaze, he's certainly come a long way from his Dallas roots as an aspiring DJ.

"I'll never forget my first gig. I spun at a house party in a barn. I was only 14 years old and had to get a ride to the party from a friend. I brought all of my own gear, even my home speaker system, which was blown within 30 minutes. It was a nightmare. Most of my other early gigs were at house parties. They were all very similar, with lots of drunk high school kids, fights, drugs, cops, et cetera – definitely not the kind of gig I'd ever want to do again."

Geto Boys, "No Nuts No Glory"

Masta Ace, "As I Reminisce"

The most eclectic of Austin's DJ elite, Mel reveals his several phases "DJ-wise."

"I played around with industrial, techno, acid house, and the progressive dance music that was popular in the late Eighties, but it was always approached with hip-hop sensibilities."

A flawless mixer, Mel always makes it a point to demonstrate the similarities between divergent styles of music, whether seguing A Tribe Called Quest into Black Sabbath, or a 50 Cent a cappella track over a Nine Inch Nails instrumental. Brazen enough to make such musical leaps, Mel is Austin's master of the mash-up.

A native of Killeen and the hip-hop buyer at Waterloo Records, Mel augments his weekly DJ duties at Nastys' Blow Pop event with his quarterly Rock the Casbah parties.

"There are so many factors involved when playing live," he posits, "reading the audience, timing, having the right records, and possessing the skill to combine all of those elements to make a connection with the crowd."

Never one to follow the herd, he predicts the current trend of local DJs spinning strictly commercial rap will soon meet a backlash.

"People are getting tired of it," nods Mel.

As avid a crate digger as there is within the city limits, Mel traverses the vinyl archives for anything apt to make people bug out – physically, mentally, emotionally. An admirer of like-minded national DJs such as Z-Trip and Danny Krevit, it's no wonder unpredictability has become an asset for Mel as he continues on his quest to "put Austin on the map."

Keith Sweat, "I Want Her"

Color Me Badd, "I Wanna Sex You Up"

OutKast, "The Way You Move"

Possibly the most calculated mixologist of the bunch, Phyfteen brings a producer's mentality to his craft with his extensive use of a crossfader and an acute propensity for polyrhythm. Bouncing between a pair of synced up platters, Phyfteen puts his personality into everything he plays, regardless of its source.

"I used to be stuck in my ways, only playing songs of a style I deemed my favorite," he admits. "But good music is all over the place, and it's my job to expose people to new sounds, mixing records and styles together that people might not expect."

Relocating to Austin from Dallas in 1994 to attend UT, Phyfteen wasted no time self-recording and performing with the Reelaktz crew. Having developed a local following as the primary DJ and coordinator of Hip Hop Humpday at the Mercury, his latest endeavor, apart from his regular Thursday and Saturday night gigs at Plush, has been the sequencing of Mirage Da Griot and Arson Optics' impressive Formula 512 mix tape. Phyfteen hopes "to start and be successful with my own artist-driven label."

Principled and happy to issue critiques of the local club scene, Phyfteen derides "certain club owners who so obviously are making bank at the bar, but follow that up by refusing to pay their DJs anything but chicken scratch." He also wishes local radio stations would expand their playlists, "so that listeners who go out on the town don't automatically expect club DJs to play nothing but the same 10 songs they're continuously hearing on the air."

Kanye West, "Through the Wire"

Brand Nubian, "Love Me or Leave Me Alone"

Souls of Mischief, "Never No More" 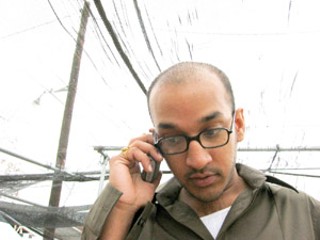 While song selection and mechanics may be the most important facets of a DJ's repertoire, an infectious personality backing them up doesn't hurt. Kurupt, best known for his on-air work with Hot 93.3, can be found every Sunday night spinning up a cyclone at Red Fez.

"A good DJ takes a crowd to every level emotionally – happy, sad, nostalgic," lists Kurupt, who prides himself on getting any sort of rise out of his audience.

Frantically spinning anywhere between 20 to 30 records within an hour's set, everything from underground classics to current R&B hits, the best of dance-hall reggae, as well as sample sources blended with their hip-hop interpretations, Kurupt energizes his craft.

Establishing a local identity by mixing house, hip-hop, trance, Spanish, and Indian music for Indian organizations about town during the late Nineties, Kurupt focused his efforts on urban formats in 2000, joining the KAZI on-air team. Recently combining forces with Baby G to kick-start the Anytime DJ Crew, Kurupt foresees a point where Austin DJs will be marquee players around the country.

"The hip-hop DJ scene in Austin has become so prolific in just a short period of time," he enthuses. "I can find something that I like about every major hip-hop DJ here. I love that we all get along and can put the competition aside when it matters. It feels good to be able to call on your peers and they're there for you.

"I think we in Austin have something rare that no other city has. Austin will one day be known for some of the dopest hip-hop DJs anywhere." 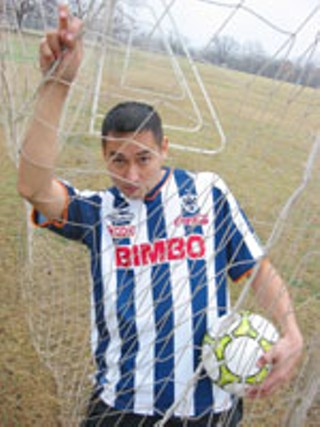 The 1990 U.S. Disco Mixing Club champion, Baby G, manipulates a pair of turntables with the best of them.

"I used to breakdance when I was younger," he says. "A friend of mine was a DJ from California, or so he said. He had one turntable hooked up to a jam box. We used to go to his place and attempt to scratch. Then, when I got my first check from the first job I had in high school, I went to Radio Shack and bought a mixer. I thought it was just going to be a hobby at first, but my passion for it kept growing."

A veteran of the Dallas scene, spinning spots on 100.3 Jamz and K104, and a member of Priority recording group Mad Flava, Baby G moved to Austin in 2000. Having solidified his reputation locally as far back as 1993 as the only hired hand playing rap music at Austin's biggest raves, it didn't take G long to establish himself as a force in the 512. In addition to his weekly contributions as a Monday night mainstay at Nastys, G's aptitude for reggae rhythms has become quite the attraction by way of his legendary Soul Shakedown celebrations.

As comfortable playing classic breaks at a B-Boy City gathering as he is blending commercial rap hits on Hot 93.3, G helps "people forget about their hard day at work, their money worries, their relationship problems. From the first selection of the night to the closing song, it's about generating good vibes."

Pointing to Austin as a fertile breeding ground for DJs, he boasts, "as far as party rocking goes, we as a group can compete with any DJs from any market."

Too $hort, "Shake That Monkey"

John Holt, "Love I Can Feel"