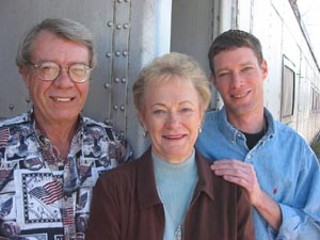 September 1972, the Depot opens its doors as a nightclub. The long, wooden train depot had been receiving travelers and railroad workers at McNeil since the late 1800s along the MoPac line in far North Austin, but the railroad was switching to brick and cement, so the building was scheduled to go up in smoke. Austinite Bob Ogden came to its rescue and moved it to the property he still owns at 1600 W. Fifth.

After securing one of the first mixed-drink licenses in Austin, Ogden and his partners christened their venture the McNeil Depot. Apparently, Austinites were thirsty for more than beer and wine, because business took off and they soon added the famed ladies room caboose, a boxcar, and an old parlor car to expand the space. They hired Austin native Donn Adelman, who was working for Goodyear at the time, to bring boogie-woogie, rock & roll, and country music to the grand piano every Tuesday and Friday night. In 1978, Adelman committed to the gig by buying the business.

Arleen Rotter Adelman grew up in La Grange, helping her dad run Hank's Place, a grocery store, gas station, barbecue joint, and beer garden. When you drove from Houston to Austin in the Forties and Fifties, that's where you stopped to refuel the kids and car. The beer garden lit up at night with Texas music, including the Nash Hernandez Orchestra. Today, Nash's son Reuben and the next generation of the NHO play monthly at Donn's. In 1993, after graduating from Texas Tech with a mechanical engineering degree, Matt Adelman joined his parents in the business as bar manager, as well as playing drums with Donn. The circle continues. 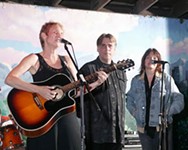 It Takes a Village
When charity begins at home