Stuff we read in notes passed in study hall 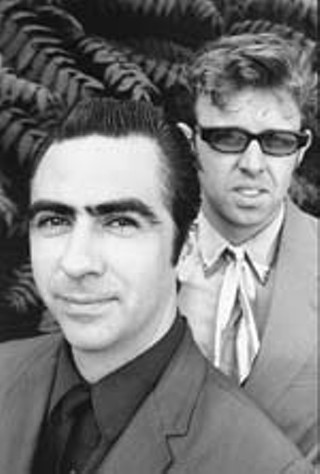 After 10 years of sharp suits and sharper country-pop hooks, Derailers co-frontman Tony Villanueva has decided to hang up his string tie. "I'm just wanting to stay home with my family more, and in order to do this job, you have to leave," explains the father of three. Besides being one of the few Austin acts to hold on to a major label deal for more than one album, the Derailers have long been one of the city's hardest-touring ensembles, sometimes playing upward of 200 dates a year. Villanueva admits his decision to leave the group was "very difficult," and thanks bandmates Brian Hofeldt, Ed Adkins, and Scott Matthews for their understanding. "It's amazing we can resolve it with complete goodwill," he notes. Villanueva's tenure as a Derailer concludes after a statewide minitour this month -- local stops are the Broken Spoke, Dec. 20, and the Austin Music Hall's Armadillo Christmas Bazaar, Dec. 21 -- and a New Year's Eve send-off at Gruene Hall with Robert Earl Keen. Though initial rumors had the band likewise calling it quits, current plans are for the latter-day Bakersfield revue to continue with a player to be named later. 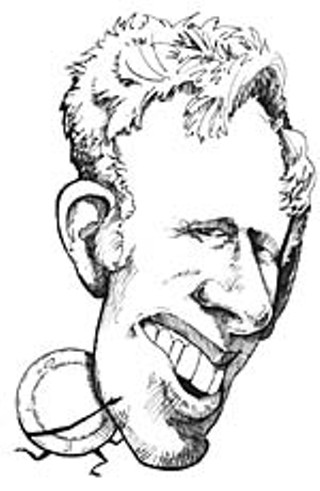 If 2003 seemed a little emptier than the past couple of years, it's probably because there was no new Spoon album. Not to worry, because the OC-approved local pop subversives are headed into drummer Jim Eno's home studio this month to start work on the follow-up to 2002's indie smash, Kill the Moonlight. Guitar man Britt Daniel, recently returned from a working holiday in Galveston, reckons he's got three or four dozen songs in various stages of completion. "Some are totally done, some I'm wondering if they're ever going to be done," he frets. As the band prepares to audition producers and keyboard players (with Moonlight man Eric Friend filling in for the time being), Daniel downplays the similarities between his group and Brooklyn buzz band the Robbers on High Street, whose upcoming Fine Lines EP is practically a carbon copy of the last two Spoon LPs. "I didn't think we sounded like that," he demurs. "What's weird is for so many people to come up to me and say, 'This sounds like you.'" Even more bizarre is that in the wake of a September Time magazine article anointing Spoon rock's latest Great White Hope, the band has been contacted by A&R folk from Elektra records -- the same label that dropped them after A Series of Sneaks. "I guess they don't know their history," Daniel chuckles.

Not many Austin musicians are awake by 9am, but singer-songwriter Ginger Leigh was and had a revelation while watching The Ellen DeGeneres Show: She would make an ideal musical guest. "I like her show," says Leigh of the perpetually self-deprecating comedienne. "I think it's really fresh, and she seems like a really supportive, positive person." After talking it over with a like-minded friend, Leigh sent her mailing list a blanket e-mail encouraging them to contact the show; she also took matters into her own hands by sending a promo kit and videotaped greetings to Hollywood. Leigh hasn't heard back from DeGeneres' people yet, but hopes a friend of a friend who works on the show will help pull some strings. In the meantime, she continues her torch-style residency Tuesdays at Cedar Street and will appear between Vallejo and Flaco Jimenez at the Save South First Street benefit Saturday at Jovita's (see "Mr. Kite's Corner" below).

Everybody knows the holiday season is awash in box sets, best-ofs, and reissues -- just check the Chronicle in the coming weeks -- but local record stores are also inundated with a flood of recent homegrown releases. In the spirit of holiday goodwill, "TCB" chose one track at random from seven worthy new releases.

HOUSEWIFE, "Lies and Treachery": Snappy pop reminiscent of the Cure's "In Between Days" that clocks in at under two minutes -- plenty of time for the hook to slide between those shoulder blades. (Stretch to Fit)

ATTIC TED, "Ergot": Miasma of organ, bass, guitar, and drums that produces a similar effect to ingesting the titular mushroom, only not quite as fatal. Hauntingly perverse. (The Bastardized Country Carnival, Pecan Crazy)

CHOKING AHOGO, "Action Figure": Two irresistible minutes of melodic punk turmoil and an object lesson in why the spirit of Zen Arcade will never die. (Radars and Maps, Victim)

ADAM SULTAN, "Swept Aside": Jaunty little tune perfect for hitting the flask in the back of a taxicab on the way to a secret rendezvous in some unnamed European capital. (Heinous Acts of Love, Pressing)

THE RITE FLYERS, "Easily Amused": John Clayton and Steve Collier pick up the sardonic power-pop thread right where Doctor's Mob left off, while Josh Zarbo lays down the best Spoon bassline not on Girls Can Tell. (The Rite Flyers, the Paisley Pop Label) 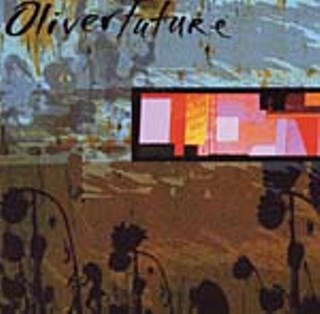 BRITISH STEEL: Like the Love Supreme, Oliver Future has an abiding love of all things British. "AM/PM Relief" and "Monolith (Humbert Humbert)" have the palpably moody vibe of Radiohead circa The Bends, while the rowdier "In the Shadows" and "Freak Out Again" recall lesser-known (at least on these shores) Brit pop ruffians Stereophonics.

Talent scouts for the USA Network program Nashville Star (think American Idol with a twang) will stake out the Saxon Pub Saturday afternoon to see if any of the 18 performers have what it takes to make it in that other Music City. Among the acts scheduled are Elizabeth McQueen, Django Walker, Haydn Vitera, Pete Benz, Roger Wallace, Susanna Van Tassel, and James Hand, who appear in 15-minute intervals starting at 1pm. Admission is free.

Internet-only nostalgia outlet RhinoHandmade.com is offering a limited-edition pressing of Doug Sahm: The Genuine Texas Groover for $39.98. The double-disc release collects outtakes, rarities, and alternate versions of material from the Texas Tornado's Atlantic sessions in the early Seventies.

With recent appearances by the likes of elusive outlaw Calvin Russell, the Longbranch Inn's open stage is rapidly eclipsing even Scott H. Biram's Parlor residency as the place to be on Monday nights. Even so, curator J.T. Van Zandt says he feels the need for "new blood." Troubadours, aspiring or established, need only show up; things usually get going around 10pm.

Sultry young country-blues chanteuse Jane Bond has traded in her Monday happy hour slot at the Continental Club for the greener pastures of Thursday nights, effective tonight (Thursday). Tape will be rolling for a live recording at tonight's and next week's shows, as well as at Bond's Dec. 13 date with Split Lip Rayfield.

Published by the Texas State Historical Association, the recent Handbook of Texas Music would make a perfect gift for that Lone Star audiophile on your Christmas list. The 393-page tome contains entries on everything from the Houston Symphony Orchestra to the Kerrville Folk Festival.

Since the construction on South First Street started two years ago, business on the funkier-than-South Congress strip is down an estimated 50-75%. The city has agreed to clear out the forklifts and actually pave the road this weekend to aid the various establishments participating in the South First Street bazaar Dec. 4-7. Jovita's hosts a benefit for the South First Business Association Saturday with Monte Montgomery, South Austin Jug Band, Kacy Crowley, Vallejo, Ginger Leigh, and Flaco Jimenez. Music starts at 12:30pm; tickets are $12 in advance or $15 at the door.