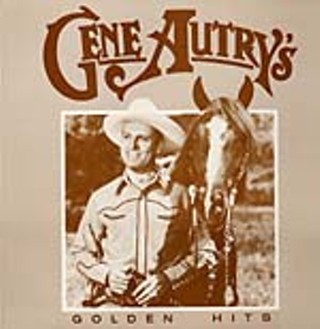 Gene Autry, the singing cowboy and entrepreneur who recorded more songs about Texas than anyone else, was born Sept. 29, 1907, in the North Texas community of Tioga. As a telegraph operator in Oklahoma, a chance meeting with Will Rogers eventually led him to New York City and a deal with the American Record Corp. In 1931, Autry's "That Silver Haired Daddy of Mine" sold more than 500,000 copies, and he began appearing on Chicago radio station WLS' National Barn Dance program. He broke into the movies with a cameo in 1934's In Old Santa Fe and, atop his faithful horse Champion, was soon a leading box-office draw of the Thirties and Forties. After 1949's smash "Rudolph the Red-Nosed Reindeer," Autry slowly began phasing out his performing career in favor of business interests, owning hotels, radio and TV stations, oil wells, and the California (now Anaheim) Angels. He died Oct. 2, 1998, at age 91.