Songwriters: Bill Berry, Peter Buck, Mike Mills, Michael Stipe
Year Released: 1991
Highest Billboard Chart Position: none
An unlikely entry from an unlikely source, "Texarkana" was R.E.M. at its peak in 1991 on Out of Time. Its monster hit was "Losing My Religion," but "Texarkana" is typical of their shimmering, orchestral pop of the time, with a lead vocal by Mike Mills, who probably wrote it. The only apparent connection to the titular city is the presence of steel guitar.

Songwriter: Phil Baxter
Year Written: 1935(?)
Highest Billboard Chart Position: none
The Panhandle town of Dumas boasted "Population: 571" in the late Twenties, about the time bandleader/songwriter Phil Baxter, himself from Navarro County, passed through and then immortalized it in song. Baxter's own success was little more than regional, but he had a knack for novelty tunes, such as "Piccolo Pete." On the Jack Benny Radio Show, bandleader Phil Harris took a liking to Baxter's tune and played it on the show, encouraging versions by Benny Goodman, Louis Armstrong, and of course Bob Wills.

Traditional
Year Charted: 1960
Highest Billboard Chart Position: No. 25
Close your eyes and imagine "Streets of Laredo" performed with fiddle and bagpipes. That's a nugget of American country music, where Irish ballads such as "The Bard of Armagh" and "A Handful of Laurel" were turned into a Western classic about a Texas border town by Marty Robbins as a follow-up to "El Paso." The film Bang the Drum Slowly was named for a line in the song, which was also covered by Johnny Cash, Willie Nelson, John Cale, and Roy Rogers & Dale Evans. 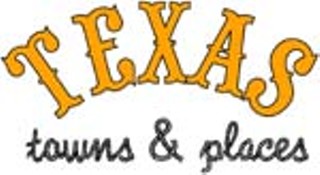 Songwriters: Johnny Mercer, Harry Warren
Original Released: 1936
Johnny Mercer wrote the elegant music and Harry Warren the tongue-in-cheek lyrics for the loping ditty that first appeared in 1936's Rhythm on the Range musical. It was snatched up by every Western singing star of the era including Tex Ritter, and maintained its whimsical appeal through the decades. Sonny Rollins and Bing Crosby also saddled up to the song, but it's Dan Hicks' 1972 version with Austinite Maryann Price's unforgettable croon that's most beloved.

Songwriter: Tom Johnston
Year Charted: 1973
Highest Billboard Chart Position: No. 15
When the sun came up one morning in 1973, the people of San Antonio's China Grove were surprised to find their bedroom community celebrated by the Doobie Brothers. The lyrics are nonsense, but the music was an irresistible command to rock out, duuuude, with chunky chords and a steam-engine rhythm that helped establish the band's string of hits. A well-placed rumor has it that the song was inspired by a late-night hunt for drugs after the band's San Antonio debut.

Songwriters: Terry Stafford, Paul Fraser
Year Charted: 1982
Highest Billboard Chart Position: No. 3
Songwriter Terry Stafford (1941-1996), born in Oklahoma and raised in Amarillo, was barely 23 when Elvis Presley had a hit with his co-written song "Suspicion." Ten years later, he helped pen the lonesome, tender "Amarillo by Morning," inspired by a San Antonio rodeo gig and his drive back home. Stafford recorded it as a single on Atlantic, but "Amarillo" languished as a Panhandle favorite until George Strait recorded the definitive version in 1982.

Songwriter: Jimmy Webb
Year Charted: 1969
Highest Billboard Chart Position: No. 1
Oklahoma's Jimmy Webb was a one-man music-making machine. A lyricist and tunesmith of the first order, he already had hits with the 5th Dimension ("Up, Up and Away") and Richard Harris ("MacArthur Park") when he got in Glen Campbell what songwriters dream for: the right voice and personality for the music. Besides making a country-flavored pop hit about the Gulf Coast resort, Campbell scored with Webb's "By the Time I Get to Phoenix" and "Wichita Lineman."

6 "Luckenbach, Texas (Back to the Basics of Love)," Waylon Jennings with Willie Nelson

Songwriters: Billy Gibbons, Frank Beard, Dusty Hill
Year Released: 1973
Highest Billboard Chart Position: none
ZZ Top didn't invent boogie rock, but in 1973, they blasted it into national consciousness with a raucous song about a Texas whorehouse. "La Grange" owes it all to John Lee Hooker's "Boogie Chillen," but the little ol' band from Texas grabbed the blues master's mojo and made three-chord history. The lyrics are mumbled, but who doesn't punch air when singing along to, "haw haw haw haw"?

Songwriter: Jimmie Dale Gilmore
Originally Released: 1972
Highest Billboard Chart Position: none
In reply to his opening, "Have you ever seen Dallas from a DC-9 at night?" Jimmie Dale Gilmore explains simply that "it told the whole song" and "took me a long time to write the rest of that song, because it had to live up to that line." First recorded in 1972 by the Flatlanders, "Dallas" thrives in the repertoires of Gilmore, Joe Ely, and others without fading or losing its dark mystique.

3 "(Is Anybody Going to) San Antone," Doug Sahm

Songwriters: Dave Kirby, Glen Martin
Year Charted: 1970
Highest Billboard Chart Position: No. 1
"This is a song now about my hometown." With those eight words not written into the lyrics, Doug Sahm (1941-1999) owned Charley Pride's No. 1 hit, "(Is Anybody Going to) San Antone." The song was written in the late Sixties by Nashville songwriter Glen Martin and Brady, Texas, native Dave Kirby, nephew of Big Bill Lister. Pride, the first (and pretty much only) black country star, made it a hit in 1970; Doug Sahm made it his on Doug Sahm & Friends in 1972.

Songwriter: Bob Wills
Year Written: 1935
Highest Billboard Chart Position: none
Bob Wills (1905-1975) wrote "San Antonio Rose" as a one-off in the mid-Thirties to capitalize on the popularity of his first song, "Spanish Two Step," a staple in the Playboys' set. "San Antonio Rose" became one of the most beloved of Wills' more than 500 compositions. Ironically, Wills once claimed the Texas swing classic was "a mistake. We just did it! Nobody knew what we were doing. We just did something to get out of there."

Songwriter: Marty Robbins
Year Charted: 1959
Highest Billboard Chart Position: No. 1
In the late Fifties, Marty Robbins (1925-1982) topped off a successful career with a No. 1 pop and country hit, "A White Sport Coat (and a Pink Carnation)," while also playing bit parts in Westerns. The experience moved his songwriting toward Old West myths and legends (inspired in part by "Texas" Bob Heckle, his cowboy grandfather), as he penned the theme for Gary Cooper's The Hanging Tree. "El Paso" shot up the charts, stayed at the top spot for seven weeks and on the charts for six months, and went platinum in the mid-Sixties.

Despite its obvious appeal, Columbia A&R head Mitch Miller rejected the story-song as long at four minutes and too wordy. Robbins countered by citing Johnny Horton's "The Battle of New Orleans" as an example of a mold-breaking hit. Columbia relented, releasing a radio edit for deejays, who rejected it for the full version, vindicating Robbins.