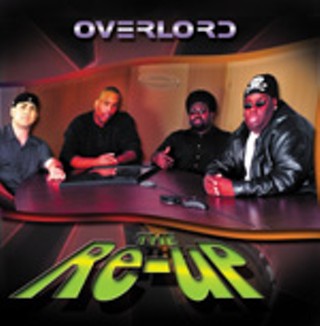 As DJ Screw disciples Lil' Flip and Big Moe make waves within mainstream circles, fellow Texas rap artists have been busy cultivating the underground circuit. Houston's K-Otix recently wrapped their second European tour, splitting the bill with Oakland's Zion I. K-Otix's latest is the self-released Ethos project, a collaboration with Grand Agent and Mood's Donte. If the majestic guitar stabs and overall cohesion of the pre-released single "Hammer Proof" are any indications of things to come, the album will bring new ears to the subtle genius of K-Otix producer the Are. In other words, take heed to the message of K-Otix MC Damien: "I was dreaming when I wrote this, so don't sleep." Meanwhile, Austin's NickNack has followed up the success of his "Mustard Seed" 12-inch, which created quite a stir in Japan, with the release of "Soul Nourishment," the second single from his upcoming album, Improving Silence (Crowd Control). With the aid of his partners from the Blaze jazz ensemble as well as local musicians including Laura Scarborough, D Madness, X-Man, and Meriah Garrett, Nick Nack crafts textured instrumental beats that exude his enthusiasm for jazz and soul music as integral components of hip-hop. A similar approach is shared by Hydroponic Sound System, which recently unleashed its second LP, grids/loops/ intersections, on Alternate Take. The Dallas crew, led by producers Skinny Fresh and Rube, merge the vocal talents of Austin's Bavu Blakes, Oakland's Azeem, and Metroplex supergroup the Burn Unit with a healthy variety of downtempo, dub, and funk rhythms. Also on Alternate Take is A Strange Melodic Shape by Central Standards, which provides yet another example of Texas artists expanding the idiom of instrumental hip-hop. Tracks by Rehash, Rerog, Equipt, Polyoctopus, and Complex as well as Hydroponic Sound System breathe fresh air into the lungs of percussive flight with layer upon layer of dope innuendo. Austin mainstay MC Overlord further cements his place in Austin rap history with the release of The Re-Up, an album chock-full of slow, prodding beats and concise verbal manifestation.