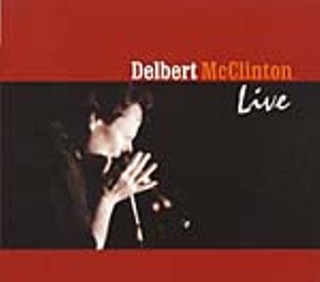 Live (New West) Delbert McClinton has dedicated his life to the preservation of honky-tonk blues-rock, a niche the ex-Texan has carved out for himself playing dance halls and roadhouses for more than five decades. For any other musician, a live album is a placebo, but for McClinton, it's the opportunity to show off. The stage is his true home, not the studio where he's turned out the bulk of his hits. On the 2-CD Live, recorded in Bergen, Norway, he reels off those more recent hits ("Smooth Talk," "Leap of Faith") and a few of his chestnuts ("Rebecca, Rebecca," "I've Got Dreams to Remember") with a veteran's aplomb. McClinton's road-tested band provides the brassy framework for his whiskey-etched vocals on well-knowns like "Giving It Up for Your Love," "New York City," and "Maybe Someday Baby." It's a signature sound that doesn't mellow as much as it develops edge and bite, making the album a cut above most concert recordings. Delbert McClinton is a road warrior of the highest order, and if his burning brand of Texas music isn't headed your way soon, pop open a cold one and slip into Live.