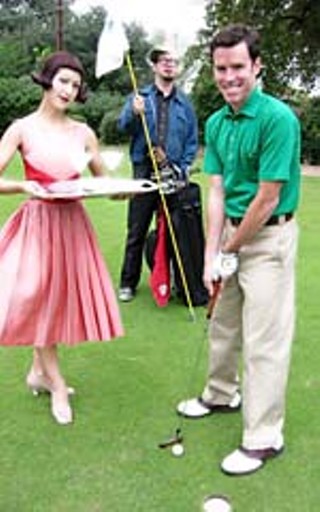 Peek-a-Boo: Hole in One

After eight years and almost 40 releases, it's safe to say Peek-a-Boo Records head Travis Higdon has exceeded his goals.

"In high school, my big dream to be involved in music was to get a job at Sound Warehouse in San Antonio," he reveals. "From there, I'd get a transfer up to Sound Warehouse in Austin when I went to college. And from there, maybe I could use that experience to get a foot in the door at Liberty Lunch.

"Then I'd be able to meet famous bands when they came through town. It never occurred to me that I could actually participate, that I could be in a band or have a label."

That said, today's Peek-a-Boo is decidedly more mature than the label Higdon formed in 1995 as an extension of his zine. Having initially focused on goof-punk acts like the Teen Titans and Poopiehead, Higdon now wonders if his label's moniker is a liability.

"It's funny, I think Kindercore is dealing with the same thing, trying to get over the fact that they've established their business with a really, really lame name and are now trying to hide their twee roots by changing the 'O' to a skull. It doesn't work. I mean, their record label is named after a day care. You can't toughen that up. There's nothing I can do to make Peek-a-Boo sound hard, either."

Higdon has also refined his business model. He enjoyed putting out 7-inch vinyl from bands that were just as likely to break up as tour, but the marketplace no longer supports such whimsy. With Silver Scooter's acclaimed debut, 1997's The Other Palm Springs, Peek-a-Boo shifted toward full-length releases, forcing Higdon to be more careful in deciding who to work with. Looking back, Higdon is as surprised as anyone by Peek-a-Boo's longevity.

"Lately, there have been times where I finish a couple of releases and think maybe I'm not going to do a label anymore," he admits. "But then I go see the Octopus Project or hear the new Palaxy Tracks record, and I'm back in."