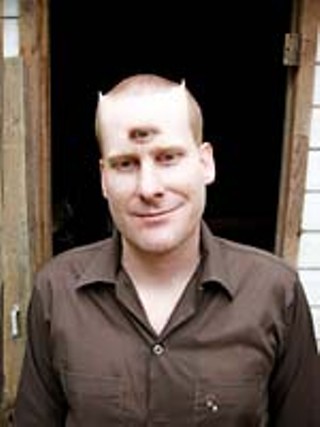 "It's like a bad drug habit, putting out records," says Emperor Jones sultan Craig Stewart, shuffling CDs around the coffee table of his Hyde Park home. "I need to quit it."

Stewart's latest hit is off the Crack Pipes' Snakes in My Veins, an Aus-punk body blow signaling a River City return from the label that began as an offshoot of local noise-rock coalition Trance Syndicate. After years of mining bedroom psychedelia and instrumental arcana from as far away as Australia (Pip Proud) and New Zealand (Alastair Galbraith), Stewart is again peering into his own back yard. In the past month, Emperor Jones has unleashed an autumnal triumvirate of the Crack Pipes, Thin Shells of Revolution by Primordial Undermind, and the hot new I Love You but I've Chosen Darkness EP.

"It's all over the map," says Stewart of Emperor Jones' wide lens. "I just really like tons of different shit. I've never really gone after anybody, it just kinda happens."

It happens because Stewart remains a superfan, a champion of unique artists with challenging perspectives, from 13th Floor Elevator Roky Erickson to the label's newest signing, Houston riot-punkers Rusted Shut.

Every one of the label's 64 releases has happened through Stewart's personal connections, many stemming from his days running Trance -- home of Nineties Texas heroes Ed Hall, Sixteen Deluxe, and Bedhead -- alongside Butthole Surfers drummer and fellow local music junkie King Coffey.

Despite the smorgasbord of underground treats that is the Emperor Jones catalog, the label's biggest successes may be its human-interest missions. Erickson's 1999 compendium Never Say Goodbye followed 1995 Trance notable All That May Do My Rhyme in providing income for the once-ailing Texas psych music legend. Jones also put the aging Pip Proud, briefly a late-Sixties cult hero, back on the map.

"I guess it comes down to your ego," says Stewart, who works by day as part of the South by Southwest Music team. "Your ego is massaged when you're the fanboy and you actually have something to do with the artist." 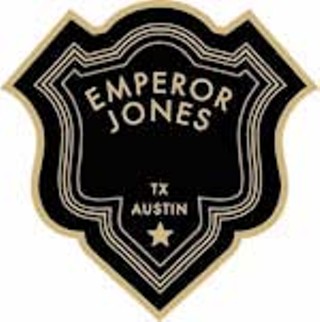 Emperor Jones, not surprisingly, sits in a precarious financial situation, due in part to Stewart's far-out tastes.

"I just don't think there's the audience for a lot of stuff I put out," he says with resignation. "I'm not intentionally trying to be obscure."