I Love You But I've Chosen Darkness, This Microwave World, Nytelite, America Is Waiting, OhBeast!, and Li'l Cap'n Travis 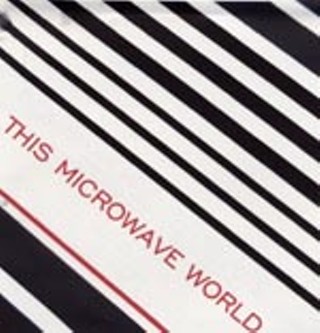 Just in time for the chilly norther comes the anticipated debut of Austin's I Love You but I've Chosen Darkness. A year in the making, the self-titled Emperor Jones EP from these Austin veterans of Windsor for the Derby, Paul Newman, and Glorium is 18 minutes of darkly bouncy pop that ought to bend the ears of any Interpol fan. While the cascading melodies and camouflaged hooks come across well enough, the overall sound is frail compared to the band's all-encompassing live set... The real Austin post-punk gem of the season is the sophomore EP, Total Information Awareness, by Disco Hospitallers This Microwave World. Bristling at being labeled "electroclash" early on, frontman Sean O'Neal and company spew a prickly discontent in the form of icy-hot grooves and sociopolitical witticisms that are a pinch of PiL, a pinch of the Fall, and absolutely one of the best local releases of the year... O'Neal also serves as a sideman in Nytelite, whose Haunted Rollercoaster debut EP is a dreamy, trip-hoppish swim into a pool of molasses courtesy of Zedah Gray's breathy vocals... America Is Waiting explodes with their sophomore EP In the Lines (DieDieDiamond). Brutal, angular, and patient all at once, AIW stands toe-to-toe with any band on the D.C.-loyal Dischord roster... A little less grim is Austin's Oh, Beast!, whose second EP, Makin' It in the Scene (Perverted Son), is a slithery, Jesus Lizard-esque creep-out spiced with the paprika tomfoolery many expect from these ex-Zulu as Konos... Also off the deEP end are slacker-twang stalwarts Li'l Cap'n Travis. Their new To All the Trick-or-Treaters (Tube-o-Sonic) is a four-song prelude to next year's Glurp full-length. One can only hope the EP's title track is included on that as well, as it's the good Cap'n at their most scratchy, foggy, psychedelic, and powerful. The rest of the disc shows off a similar floaty songcraft that the band does every bit as well as the thrift-store two-steps they're best known for.