Chad Beck and Zach Rener spend many lunch hours like this one at Chango's on Guadalupe, eating chips and queso while a staff familiar with their needs caters to them expertly. Beck is even wearing a Chango's T-shirt this sunny October afternoon to solidify his loyalty to the restaurant that aims to please its customers. It's this kind of hands-on work ethic they've adopted for Aspyr.

"Zach and I feel like there's a lot of great music being underserviced and not getting out to the right people," says Beck between handfuls of cheese-drenched chips.

Beck and Rener run the daily operations of Austin's newest music and DVD label, a division of local gaming company Aspyr Media. Aspyr's advantage over most of its local brethren is distribution, thanks to the relationships its parent company already has in place. This enables the label's product to potentially reside at Best Buy and Target stores nationwide.

"We're leveraging the hard work [Aspyr Media] has done for the last seven years and using that as a jumping-off point," explains Rener. "That helps."

"What [the major labels] don't consider viable, that's why our company can exist," Rener says. "They have all this stuff they turn down, because they have to sell 200,000 units." 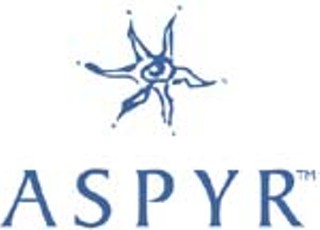 "It's not worth their time," adds Beck, whose Aspyr promotion ended a short stint as a Chronicle freelancer. "It's still worth our time."

In fact, Beck and Rener spend most of that time in the clubs around town, scouting new acts. Aspyr managed to recruit local twang-pop favorites Knife in the Water, for example, because Beck was just a regular fan. When he realized the band had material released overseas but not in America, he approached them to sign with Aspyr.

With the help of their parent company, Rener and Beck are optimistic that their choices will resonate with local and national audiences. Aspyr may indeed become the next great Austin label, but it will be a long journey filled with many more chips and mucho queso.