If a tree falls on the Eastside and nobody documents it, does that mean that Austin is devoid of the blues? The underrecorded spirits of Grey Ghost and T.D. Bell might have something to say about that, as do Eddie Stout and Dennis Wall of Dialtone Records.

"It's a shame that so many important local musicians are all but ignored on their home turf," laments Stout.

In response to this, the Austin-based label has been archiving down-home Texas music since 1998, heroically refusing to allow certain legacies to fall by the wayside of history.

Traversing the annals of blues, gospel, jazz, and soul, Dialtone's small but crucial catalog features an array of African-American expression. From the church calls of the late A.C. Littlefield and the Original Bells of Joy to the lounge swagger of the Texas Eastside Kings, hardly a stone remains unturned beneath Dialtone's ethnomusicologist approach.

Capturing a quartet of local trumpet giants -- Martin Banks, Donald "Duck" Jennings, Ephraim Owens, and the late Pat Patterson -- The Texas Trumpets is a perfect example of the label's vision, an audiophile's dream ready-made for living rooms and museums alike. 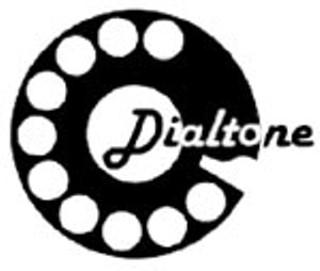 "I haven't been playing much the past couple of years," admits Stout, "but I'm very proud to have been part of the Matthew Robinson session we released on Dialtone in 1999."

Dialtone's latest ambition has been to push their Texas Soul Sisters project into the collective consciousness of blues and soul lovers worldwide. Combining the budding talents of Miss Candy from Beaumont with Lavelle White and Glenda Hargis of Austin and the supreme wisdom of Houstonian Gloria Edwards, the compilation continually streams with touching emotion and enduring grace. Not only does Texas Soul Sisters reveal the raw core of Texas-flavored R&B, stripped down and screaming for its maker, it pulls it off with a neighborly refinement seldom witnessed beyond state lines.

Like so many Eastside diners, there is no tastier heaping of good ol' Texas pride than that found at Dialtone Records.