Metal up yer ass and other delights: The Back Room turns 30. If any Austin club is around long enough, it will eventually find itself in the thick of whatever musical movement is currently all the rage. This happened to the Back Room, which celebrates its 30th anniversary Friday and Saturday, during the halcyon days of hair metal in the Eighties. Around the same time, a young San Antonian named Mark Olivarez came aboard as a bouncer.

"My first job was to guard the dressing-room door for [ex-Kiss scab guitarist] Vinnie Vincent, who to this day remains in the top three biggest jackasses I've ever met," reflects Olivarez, who came aboard while still a UT electrical engineering major, and eventually worked his way up to his current position of general manager.

The hair-metal years, says Olivarez, were "leather and long hair and guys looking like girls, and a whole lot of fun. It was everything you've seen on those VH1 remember-when shows, plus all the stuff they edited out."

The Back Room began as a folk-blues joint in what is now the ThunderCloud Subs on Riverside Drive. It acquired its reputation as Austin's premier hard rock/metal venue thanks to its bookings shortly after moving "up the hill" into its current location in the late Seventies. What is now the game-room side of the club was then the rough-and-tumble biker bar the Copper Dollar.

After grunge nuked the remnants of hair metal in the early Nineties, the Back Room persevered at first -- hosting the first Austin appearances of Pearl Jam and Alice in Chains, among others -- but soon fell on lean times because, Olivarez explains, "a lot of those bands didn't want to play a place that had been associated with the era of music they were replacing."

The club instead nurtured a roster of young local bands and broadened its palate to include punk rock of the melodic, 101X-friendly variety. Soon enough, metal crept back into vogue as nü-metal, and as every other hesher venue in Texas had fallen by the boards, the Back Room was back in black. But not before learning a valuable lesson.

"The real story is all the stuff that happens between roadshows," notes Olivarez. "It's not only the [local] bands that put themselves through the rigors of trying to really do what they want to do, it's also the people that are coming out and supporting them."

Many of those people who now live elsewhere have contacted him in the weeks approaching the anniversary, and Olivarez is looking forward to reminiscing about the days of L.A. Guns and Faster Pussycat.

"Hair will be shorter, waists will be wider, but I think we'll all remember each other," he laughs.

Man in the Box

As a young music journalist for the Chronicle and Daily Texan in the early Nineties, Andy Langer was front and center for most if not all of the Back Room's high-profile shows. A few of his more vivid recollections:

"After a Sound Exchange in-store, Pearl Jam plays the club on its first real tour. Like Wilt Chamberlain's 100-point game, thousands now say they were there; at best, 50 were. Highlight: Eddie Vedder's rafter climb, where he loses a huge lock of hair to a sprinkler. It's probably still there today. Hello, eBay ..."

: "After interviewing Extreme at sound check, I head to the neighboring Long John Silver's, where I make small talk in line with a guy in a Masters of Reality shirt. I'm guilted into seeing his band open. Years later, I realize it was Layne Staley eating my leftover hush puppies."

: "To preview the show, I get a middling review of Core in the Chronicle noting their similarity to Pearl Jam. [K-NACK's] Ray Seggern calls the night of the show to say the band wants to meet me. When I get there, a young Scott Weiland berates me near the ticket office for nearly 20 minutes, screaming about how original they are. At the show, Weiland repeatedly locks, loads, and points his finger-pistol at me."

ICE-T: "At the height of the 'Cop Killer' controversy, Ice-T says he wants to talk, but I don't have my tape recorder. On the way home to fetch it, I get a series of tickets for running a red light and lack of registration. I'm 30 minutes late to the interview, but when I show up, we have a common enemy (for the day). What's supposed to be a five-minute interview turns into an hour."

"At sound check, Jason McMaster introduces me to my childhood idol/guiltiest pleasure, Dee Snider. I am forever indebted."

See Music Listings for more information on the Back Room's anniversary.

In 15 years, Mark Olivarez has seen more than his share of mayhem at the Back Room, including:

"He had to be pulled off the stage on his last song because he broke a beer bottle as part of his show and cut himself in the chest. He's only supposed to scratch the surface, but he put the bottle in a little too deep and got into the skin layers. I watched the tour manager stitch him up right in front of me in the dressing room."

STEVE EARLE/JANE'S ADDICTION: "We did back-to-back sold-out shows. As Steve Earle's outlaw-country crowd was leaving, they saw this much younger, black-make-up-looking crowd. It was about as big a culture clash as you can imagine."

ACE FREHLEY: "Halfway through his set, he walks off the stage, goes into the bathroom and throws up, comes back in, and finishes the show sitting on a stool but playing Kiss music. For what you expect from Ace Frehley, for God's sake, that's not what I wanted to see."

PANTERA: "The very first note they hit, it blew our entire PA system. Very first note. I was an assistant manager at the time, and the manager split and left me to make the announcement from the stage that the show was canceled." 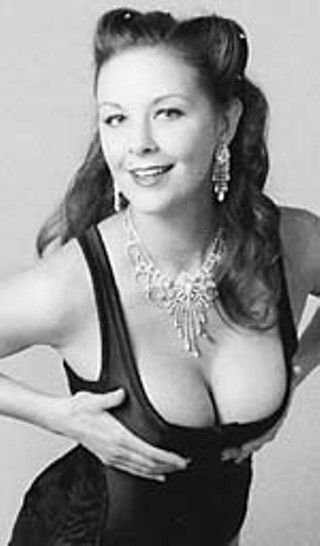 The results from the Chronicle's online Rock & Roll Hall of Fame ballot are in. You, the people, have selected George Harrison (41 points); Black Sabbath (40); ZZ Top (36); Prince (34); the Sex Pistols (33); Lynyrd Skynyrd (32); Patti Smith (29); and Jackson Browne and Gram Parsons (25 apiece). Thanks for playing. And Chris Gibson of Austin, contact the Chronicle to pick up your prize.

The Tosca String Quartet ladies brought buddy David Byrne to see Bob Schneider's Lonelyland gig at the Saxon Pub Monday. Byrne was said to enjoy the set, including LL's botched reading of "Once in a Lifetime" as the audience-chosen finale. Relays Saxon manager David Cotton, "They had a big hoot about it afterward."

Fun couple of the week are five-time Tour de France winner Lance Armstrong and "Strong Enough" chanteuse Sheryl Crow. The pair were spotted "making out like teenagers" Friday at the Lucky Lounge and later at a Halloween party in West Austin. If it makes her happy ...

Threadgill's Beer Garden series draws to a close for the season with Scott H. Biram, just back from a month in the West, 7:30pm tonight (Thursday), and Brave Combo, 8pm Friday.

Explore the wonders of striptease without feeling all dirty inside as the sexiest crossing guards in town, Red Light Burlesque, perform Saturday as part of the Continental Club's "Day of the Drags" weekend. Big Sandy & His Fly-Rite Boys and the Paladins also appear, hopefully fully clothed.

The City Council made history last Thursday when it approved a measure overturning the smoking ban passed in June. Under the new plan, bars and live music venues can allow smoking if more than 70% of their revenues come from alcohol sales and they purchase a $300 permit. In so doing, Austin becomes the first major city to repeal previously passed anti-smoking legislation. Part of the compromise was a plan to make the first Monday of each month smoke-free. This might actually have a chance to succeed because it doesn't take effect until the spring -- long after Monday Night Football has gone off the air.

Local label Perverted Son is fast becoming the Kill Rock Stars of demented, semi-improvisational noise-rock -- or, in local terms, a long-awaited successor to Trance Syndicate. Besides stoner jamlords Tia Carrera, who release their maiden offering this Friday at Room 710, Tia evil twin Gorch Fock and Oh, Beast! (the band of PervSon masterminds Josh Chalmers and Brandon Crowe) release their own CDs next Thursday, Nov. 16, again at 710. "Think Big," a short film from filmmaker Tom Alter, will precede the show. Alter has also been filming the label's bands for a future DVD.

Attention bands: it's time to put up or shut up. That's because the final date to submit a packet for SXSW 04 consideration is this Tuesday, Nov. 11. To help facilitate procrastinators, SXSW is hosting a "Drop Dead Drop-Off Party" from 6pm-midnight at Ruby's BBQ, 512 W. 29th St. Packets should include a CD or cassette of at least three original songs, the $30 processing fee, and if possible, a press kit of bio, photo, and clippings. Showcase applications will be available at Ruby's or online at SXSW.com -- but hurry, because the mail-in deadline is Nov. 7. As in Friday.