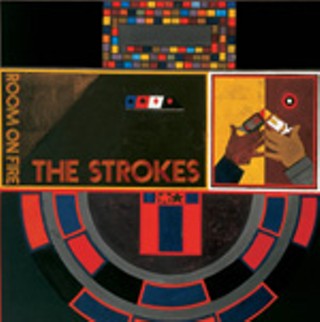 Room on Fire (RCA) Elastica's The Menace. If you guessed, "What's the worst follow-up to a smash debut in recent memory?" time to change your tune. Considering the Strokes have toured incessantly since 2001's mop bopper Is This It, maybe they too should've taken Justine Frischmann's sweet time on their recorded comeback. Even the half-hearted retreads ("You Talk Way Too Much," "Between Love & Hate") cashing in on the notoriously unwashed NYC quintet's debut can't muster a wink. The burps of John Frusciante in opener "What Ever Happened?" almost rally, leading into "Reptilia," from which the album takes its title. It's the best song on Room on Fire, its scaly riff fit for belt 'n' boots. More Frusciante and a little Strummer drive "Automatic Stop," which would've been more compelling with a better vocal from Julian Casablancas, who doesn't have much to monotone over other than a lot of backstage nodding out ("Meet Me in the Bathroom"). The Cars approach and handclaps to "12:51" go 15 in a 35 mph zone. At the end, "The End Has No End," "The Way It Is," and particularly neon closer "I Can't Win" have some spark among the sog. Close, but no cigar. There's a reason Room on Fire burns to the ground in 33 minutes. And it's not because it's the Ramones' Leave Home.