Explosions in the Cinema

Rock band Cineophiles Explosions in the Sky and their favorite celluloid dreams. 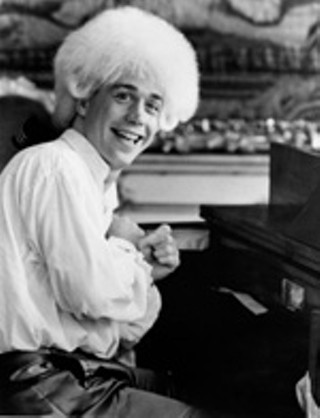 In accordance with their remarkable knack for aural scenery, Explosions in the Sky's music has been featured in two films. Drummer Chris Hrasky also took a stab at documentary filmmaking with 1999's The Last Hope. Michael James and Munaf Rayani, meanwhile, have both served long stints at local video stores. In other words, Explosions in the Sky are film freaks through and through. Hrasky, James, Rayani, and Mark Smith expound on their favorite cinema.

Munaf Rayami: Streetwise (1984): It's a documentary about these kids in Washington in the mid-Eighties. They're homeless, and the film just kind of follows them and the things they do. It's a sad, sad movie. For some reason or another I relate to these kids.

Michael James: I'm as affected by Amadeus (1984) as any other movie. Amadeus or Fallen Angels (2002). Those do something to me that's unreplicated in pretty much any other art form. In Amadeus, I totally relate to both main characters: one who sees greatness in the world and wants to be a part of it, but feels that he's just mediocre, and he's driven crazy by his desire to be something great. The other guy doesn't really have that desire, he just wants to do what he loves to do, what he has a passion for, what comes naturally. And yet he's also destroyed by that. I don't even know why Fallen Angels. It's just wacky.

Mark Smith: George Washington (2000). It reminds me a lot of the way that we go about writing music. It's not just the structure of it. It's more like the feeling, the evocativeness. The images, the way it works with the music. It takes me to another world. A collective favorite is Bottle Rocket (1996). That's a big part of us coming together.

CH: The sincerity of that movie, the sweetness of it, the warmth, meant something to all of us. I want to be friends with anyone who got that about that movie.

CH: Clint Eastwood made a lot of good movies, but that's the one to knock it home.