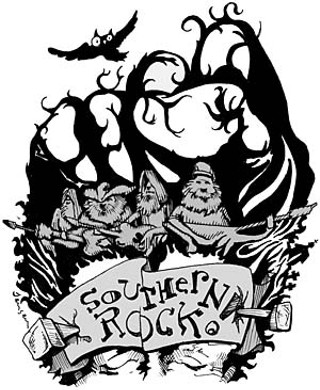 Hoo-wee, boy! It shore has been a banner year for rednecks.

In January, Jeff Gordon was the first NASCAR driver to host Saturday Night Live; WrestleMania, in its 19th go-round, sold out Safeco Field in Seattle; and his Orneriness Roger Clemens notched victory 300 and strikeout 4,000. The Mullets sitcom premiered on UPN, even as Billy Bob Thornton, Dennis Quaid, and Matthew McConaughey became three of Hollywood's most in-demand mugs. The kicker, of course, is how the music world's cool-hunting ears have turned to the former Confederacy in a manner not seen since the hemp-happy heyday of the Black Crowes.

But it's a radically different South that's blowing up, because this time, the white boys are playing catch-up. OutKast, Ludacris, Missy Elliott, Scarface, Master P, the Neptunes, Hot Boy$, and Trick Daddy have given Dixie plenty of pull in hip-hop. This year alone, three of the biggest jams anywhere are Choppa's "Choppa Style," Lil' Jon & the East Side Boyz's "Get Low," and Youngbloodz's "Damn!" Even non-Southerners like Chingy and 50 Cent flow like they are, or wish they were.

Neither has the South been silent since the last time someone beyond the Mason-Dixon paid attention. Most of the great musical cities in this country are there: Memphis, Atlanta, New Orleans, Nashville, Houston, Dallas, San Antonio, Austin. The Southwest begins at I-35. Plus there's Athens, Ga.; Virginia Beach, Va.; Chapel Hill, N.C.; Denton, Texas; Knoxville, Tenn.; Charleston, S.C.; Lafayette, La.; and Gainesville, Fla., home of the Florida Gators and Tom Petty. These cities alone constitute a network in which hundreds of bands can tour the whole kit and caboodle inside of a month, and take home enough Yankee greenbacks to stay off the road for three.

Maybe the only thing that's different is that three Southern bands -- Georgia's Drive-by Truckers, Kentucky's My Morning Jacket, and Tennessee's Kings of Leon -- all released career-defining albums this year, while a few others came close: North Mississippi Allstars, Centro-matic, Derek Trucks, Grand Champeen, Lucero, Milton Mapes. Yet heaven forbid anyone try to hang a "Southern rock" rap anywhere near these bands. Though they're all from the South, and do in fact rock, the prevailing sentiment seems to be that the less the S-word is mentioned, the better. It's a touchy subject in interviews, or so I'm told.

While the holy trinity of Skynyrd, the Allman Brothers, and ZZ Top will forever be heard at least thrice an hour on classic rock radio, at least two musical generations have come and gone since the Eat a Peach and "Jim Dandy" era. Succeeding Southerners include the B-52's, Better Than Ezra, Superdrag, Archers of Loaf, Superchunk, and Seven Mary Three, to say nothing of Creed, 3 Doors Down, and Evanescence, though no one's trying to claim them for this so-called Southern revival.

So the question of the day is what makes a band Southern rock, and why does the term rankle its very practitioners? Obviously it's not enough just to be from the South: Verbena sounds like they're from Alabama as much as the Flaming Lips sound like they're from Oklahoma. But the Truckers, Kings, and MMJ, each in their own far-removed ways, sound unmistakably, irretrievably Southern.

It's a sound as indicative of its place of origin as street-corner rhyming or back-porch pickin'. Only this place isn't found on any Civil War re-enactment tour or paddle wheeler cruise up Ol' Man River. It's the bedrooms and garages of small towns and suburbs, covered in posters of Led Zeppelin, Black Sabbath, AC/DC, and Guns n' Roses. Kids who saw Drivin n Cryin every time they came to town. Basically, the scene described in "Let There Be Rock," from the Truckers' 2001 opus Southern Rock Opera: "Well I never saw Lynyrd Skynyrd but I sure saw Molly Hatchet, with 38 Special."

Intentionally or not, Southern Rock Opera put lowercase Southern rock back on the radar screen, even though it's the DBT's Decoration Day, released in May on Austin's New West label, that's a better album because it's real. SRO was at least partly fictional in that co-authors Patterson Hood and Mike Cooley changed a lot of names and dates. But they weren't trying to fool anyone, because SRO is about Skynyrd, and therefore will always exist in the shadow of "Free Bird."

By contrast, there's no song on Decoration Day that couldn't have come straight from the days and nights of Hood, Cooley, or new addition Jason Isbell, a 23-year-old guitar prodigy who turns in two of the album's standouts. Isbell's title cut, a first-person account of a generation-spanning family feud, and "Outfit," a housepainter's advice to his musician son, feel like they were plucked from the pages of a classic Southern novel.

Meanwhile, Hood's "Heathens" and "Your Daddy Hates Me" are close to being the last word on why so many rock & rollers' relationships fail. Even more fanciful moments like incest ballad "The Deeper In" and eloping saga "My Sweet Annette" carry a cold twinge of reality. Instead of being an album about Skynyrd (or even a Skynyrd-like band), Decoration Day is an album Skynyrd might have made themselves.

Closer in age to Isbell than the other four thirtysomething Truckers, the Kings of Leon are a shade more self-consciously retro, carrying themselves more like rock stars, but they've got the chops to back it up. And the best part, the part that makes their Southern stock go way up, is that they're kin: three sons of a Pentecostal revival preacher and a cousin. The Followills moved to Nashville after their father Leon gave up the cloth and the road. All those years of driving between Oklahoma and Tennessee served up plenty of Stones and ZZ Top on the radio, maybe even a little Bad Company.

In August, KoL released Youth & Young Manhood, their 11-song debut that's both claustrophobic and laid-back. It feels a lot like a road trip, in fact: The drums tick away like fingers on the steering wheel, the bass keeps time to the mile markers, and the singer and guitarist have a pitched backseat conversation about places they've been and girls they've known. Apparently they're not above putting on a little cherry-red lipstick themselves, but that could just be all the time they've been spending with labelmates and running buddies the Strokes. Like their pals from the big city, the Kings have the hooks -- and the haircuts -- to go a long way.

That leaves My Morning Jacket, both the most and least Southern of the three. The Kentucky fivepiece all live together on a farm and have recorded in a silo. They look like extras from The Lord of the Rings. Yet their music, especially on 2001's breakout At Dawn, is often more in line with Radiohead and Mercury Rev. Live, they throw down like the Allmans at the Fillmore or turn down to a whisper. Besides having the best album cover of the year, August's It Still Moves is one of those albums with the power to make listeners remember their exact location upon hearing it.

"One Big Holiday," for example, starts off like the Police and passes through Uncle Tupelo on the way to Crazy Horse. The tender, echo-laden "Golden" is simply one of the most beautiful deserted-nightclub songs ever recorded. Singer Jim James sounds like he's at the bottom of a very deep well, which turns out to be a good place to be, because listening to My Morning Jacket can be a lot like swimming after dark in a lake up in the hills.

Whether they like it or not, what makes these bands, and bands like them, truly Southern is their connection to the past. Especially in the South, that's not always an easy thing to swallow. The past is ever-present; witness new albums this year by each side of the Allman/Skynyrd/ZZ Top trifecta, Skynyrd's with a cameo from Kid Rock on a remake of "Gimme Back My Bullets."

The South is confusing. It's publicly integrated and privately segregated, a land of breathtaking natural beauty on top of overwhelming poverty and gross overdevelopment. It remains to this day a natural haven for layabouts, fuck-ups, and reprobates, to go along with the poets, preachers, and dreamers. There's just no way for such a place to keep from spawning great music. Lots of it.