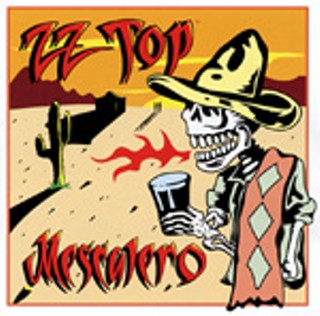 Mescalero (RCA) National press on Mescalero suggests it's time for the Li'l Old Band From Texas to hang up its marabou-banded Stetsons. That's an idea worth pursuing, after all, any band might get stale after 33-plus years. Perhaps the trio could try a guest rapper or feature Sheryl Crow's warbling. Better yet, maybe Messrs. Gibbons and Hill could entertain us at an awards show with a same-sex kiss or appear on some glossy magazine wearing thongs. But that's not what we want from ZZ Top, because what we love about ZZ Top is that they don't change. If songs like "Buck Nekkid," "Piece," and "Punk Ass Boyfriend" appeal to a younger demographic, great, but judging by their Erwin Center show in June, ZZ Top isn't making music for the average teen. They're a six-pack buzz for the forty- and fiftysomethings who make up the majority of their fans, a rebel yell during happy hour at Chili's, and the very beauty of ZZ Top lies in that Lost Boys mindset. Volume-crunchers such as "Alley-Gator" and the silly "Crunchy" are like cruising around Friday nights with the music cranked and the windows down. Their lowdown "Tramp" leers at their "Tush" past, while a surprising Tom Waits-in-Waikiki version of "As Time Goes By" is tacked on after "Liquor" as a bonus track. Mescalero isn't a powerhouse album in the tradition of Eliminator or Rio Grande Mud, but it's proof the boys still have fire in their bellies.