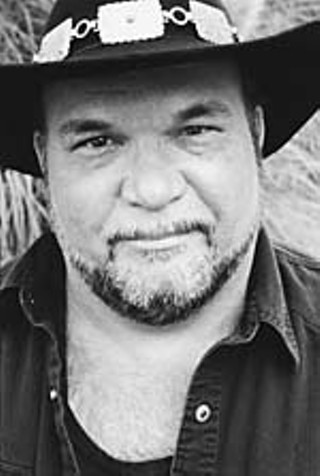 Yes, that Graham Reynolds. Mr. Golden Arm Trio, who while working on this Saturday's premiere of the Golden Hornet Project's Symphony III could often be found at the back of Ginny's Little Longhorn on Monday nights, composition note papers spread all over a table and one ear cocked to Billy Dee. Multitasking hits a new (musical) high. -- Raoul Hernandez

People talk a lot about Austin, about Austin now, and about Austin then. People say Austin is a special place, but that the things that make it special are disappearing. Sixth Street has turned into Bourbon Street, traffic has become unmanageable, vaunted clubs have closed.

Then there's Austin's country scene. Made up of lifelong professionals who've settled in Austin after a lifetime of touring, not to mention the younger musicians who revere them, Austin's scene boasts alt.country, hot country, country singer-songwriters, and any other variants you can think of. Then there's the just plain real country. Billy Dee is real country.

There is no faking what Billy Dee does: hardcore honky-tonk. At 46, this longtime sideman and bassist is starting over, reinventing himself as a headliner. Every Monday night, along with Telecaster twang-banger Redd Volkaert, he plays at one of Austin's best-kept secrets: Ginny's Little Longhorn Saloon.

In a world that's growing more homogenized daily, this band and venue remain independent and vibrant, with no signs of corporate meddling or mass-market watering down. Billy Dee's band plays country music at a level that's equivalent to classical virtuosos or jazz masters. This is music left behind by Nashville, big record labels, and radio -- music with a rich history and strong tradition that's still evolving.

Billy Dee has dedicated himself to this course and his résumé, for it is miles long: from house bandleader at the mother of all Texas honky-tonks, Gilley's, to gigs with country legends Johnny Paycheck and David Allen Coe and, in his recent years, Dale Watson. The depth of this experience can be heard in his every note.

At 5434 Burnet Rd., Ginny's Little Longhorn is a classic country honky-tonk, strung up year-round with Christmas decorations, Texas football paraphernalia, and in the corner where the "stage" sits, dozens of autographed 8-by-10s of Austin country musicians who've filled the room with their song.

Billy Dee's Monday night residency costs as much as every show at Ginny's: zero. The band is a usually a fourpiece: pedal steel, bass, drums, and guitar. Chris Gilson holds together the backbeat with the bandleader, while Ricky Davis sizzles steel like he's been doing for years with Dale Watson. Redd Volkaert's virtuosity on the guitar knows no bounds.

Volkaert also splits the lead vocal duties with Billy Dee, the big man with the big voice. The bassist's baritone is deep and rich, his bass playing economical, though with a bit of patience, you'll hear the flash he's capable of. 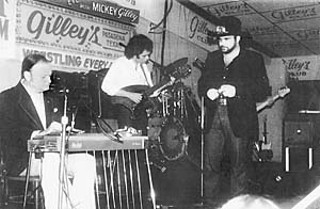 At 9pm every week, you'll find Billy Dee in the corner of the bar where a small vocal-only sound system is set up. The crowd is generally a mix of young and old, regulars most, dotted with a few cowboy hats, a few pool sharks, and of course, Ginny. Billy calls out the first song, and seconds later they launch into a bottomless reservoir of material.

The music has a depth that belies its tendency toward simple chord structures and straightforward melodies. When Billy Dee performs, he's making strong and defined aesthetic choices, songs called out off-the-cuff add up to a musical arc that can be followed through the evening, from set to set. This arc alters depending on the audience, its musical sponsor (Ginny's, the Broken Spoke, etc.), and the ratio of dancers to listeners.

The first set is laid-back and friendly, patient and relaxed, leaning toward Western swing, one of music's least likely genre combinations. This is the music Billie Dee grew up on. His steel guitar Hall of Fame father, Howard Donahue, taught his 6-year-old son rhythm guitar so they could play together in the family's living room.

Before the crowd tabs up enough alcohol to let loose on the dance floor, the band takes the opportunity to stretch out. All the complicated chordal structures that come with this mixture of jazz and country find their way into the songs with a casual ease. The group's virtuosity demonstrates the choices being made onstage.

The second set is the most flexible of the night, when the crowd is at its fullest and the dancers are out in greatest force. The audience is the unofficial fifth member of the band.

Three basic musical elements key to the live performance: tempo, rhythmic structure, and mood. The tempo is broken up into your three basic categories -- slow, medium, and fast -- but each has its own subcategories. There are four backbone beats: the shuffle, waltz, swing, and straight (or rock) four. Moods range from "cry in your beer" to whimsically happy. In brief moments between songs, Billy Dee weighs these factors and chooses another song.

Over the course of the evening, the audience is read and responded to. If the crowd is looking to dance, then there are more shuffles. If they want to revel in the band's technical facility, then the bandleader lets loose his guitarist's amped-up solos. If they're there looking for a little solace, the set might lean toward the tears-in-your-suds category.

As if to demonstrate how carefully crafted all this is, Billy Dee usually refrains from soloing throughout the evening, but then will cut loose on a brief but lightning-fast solo at the end of either the last or second-to-last set. He can run circles around most lead guitarists, but he uses this asset carefully.

The music is all country, but with a range that will surprise many. The songs are culled from decades of choices: Hank Williams to Merle Haggard, George Jones to George Strait. But this is not just a cover band.

Billy Dee's own songs fit comfortably into the set, surrounded by legendary songwriters and huge hits. His songs have been cut by Mickey Gilley, Wendell Atkins, and Janis Leigh, and they'll find their way into your head. Don't be surprised if that's what you're humming on the way back to your car. 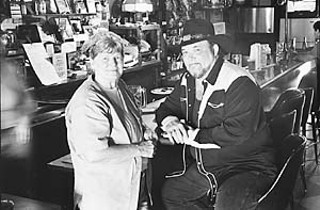 Now this may all be country music, but Billy Dee has other influences, in the tradition of Bob Wills and Willie Nelson, that happily and tastefully find their way in. The band's ability to synthesize its boss' musical experiences and vocabulary while still retaining sharp focus is a rare gift. They manage to avoid the pitfalls and shallowness of overcompartmentalization.

While the first set incorporates more Western swing, and the second leans toward two-step friendly shuffles, the third set is time to cut loose. Rock vocabulary, especially the classic Seventies Southern variety, finds its way in. One night, deep into the third set, Redd Volkaert absent-mindedly dashes off the signature riff from the Kinks "You Really Got Me." Of course the audience calls out for it.

"We don't do that one," announces the bassist, seated as always on his stool by Ginny's back door. "But I'll play a song that you'll never guess I know. This is a song I haven't played in, oh, 10 years.

"You know, the truth is, I've never played this song."

With that, Billy Dee launches into Steppenwolf's "Born to Be Wild," lighting up the audience. Immediately after, the band is back at their chosen genre. This is a band founded in C&W tradition, but not so much that their heads are stuck down in its sand.

End of the Night

Country music has a tradition of evolution, not revolution, and Billy Dee continues that arc. Development in this genre takes time, and the result is fully realized music that doesn't become dated overnight.

Outside influences, like rock and jazz, ease their way in, but nothing is forced. Consequently, the songs have staying power and resonate well beyond their time. If Billy Dee sings a Hank Williams song and follows it with a George Strait cover, they aren't mismatched.

Importantly, there's no sacrifice of freshness here; night after night Redd Volkaert will pull out a lick, or Billy Dee a song, that takes the rest of the band by surprise. Ideas keep happening and evolution moves on, but with country music, it just takes its time.

In many ways, this is music at its best, musicianship at its highest level. Billy Dee, after four hours of country music and two-stepping, will leave you feeling lucky.