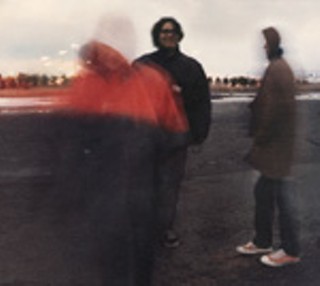 Summer Sun (Matador) Up until last year, Yo La Tengo was critically bulletproof. They seemed incapable of putting anything out that wasn't damn good, all the way from 1986(!) debut, Ride the Tiger, to 2000's sublime treasure, And Then Nothing Turned Itself Inside-Out. Then, in 2002, we were hit with a full-scale Nuclear War, four versions of a Sun Ra song serving as a powerful reminder that dorky white folks from New Jersey should stay as far away from the funk and soul as possible. For further evidence, cue up "Georgia Vs. Yo La Tengo" or "Moonrock Mambo" on the swing-and-a-miss that is the new YLT album, Summer Sun. The former is warmed-over Medeski Martin & Wood, the latter a whitewashed turd approximating Fat Albert funk. No "Cherry Chapstick" guitar pyrotechnics here, just a bunch of soft-jazz schmaltz and the occasional sedate slice of the old Yo La Tengo (Georgia Hubley's "Little Eyes," Ira Kaplan's "Season of the Shark") to remind us that they're the same band. Bassist James McNew delivers the one grade-A piece, "Tiny Birds," a rumination on the changing of seasons featuring a calm, confident "Deeper Into Movies"-style progression. Enlisting stand-up bassist supreme William Parker and a couple of his jazzbo friends doesn't fool anyone: Most of Summer Sun is underwhelming to downright cringe-inducing. Recommended course of action: Salvage the couple of winning tracks here and pay a moment of silence as one of the true stud bands of the Nineties makes its ungraceful descent into middle age. (Sunday, 4:30pm, Capital Metro stage)