Welcome to the Monkey House (Capitol) 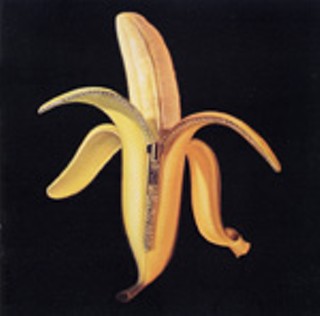 Welcome to the Monkey House (Capitol) Did you hear the one about the Velvets-inflected Portland, Ore., garage rockers who traded their smirking Dilaudid fuzz grope for slick electro beats and Nick Rhodes production? Do you really want to? After honing their wickedly insouciant chops (and frontman Courtney Taylor-Taylor's bleery smirk) on a trio of releases that merged VU's trippier moments with slacker-pop guitar punch and Zia McCabe's 10-fingers-no-thumbs keyboard/bass switcheroos, the Dandys have made something of a sideways slide this time out. Bringing in a raft of loopy electronic effects and former Duran Duraner Rhodes' studio skills results in a mixed bag that, while never actually falling flat, feels like a prototype for something not yet fully realized. At their best, the Dandy Warhols can make you feel stoned and sexy when you're neither; leather pants and ruffled collars actually sound like a good idea when they're firing on all cylinders, as on past charmers like "Godless" and "Not if You Were the Last Junkie on Earth." Monkey House, despite the full-tilt-lilt of opener "We Used to Be Friends," never gels into the knee-weakening sensuality it's clearly aiming for. Even on a bad flare day the Dandy Warhols are far more interesting than most of their druggy peers (yeah, Brian Jonestown Massacre, we're talking to you), but there's still no excuse for the Bryan Ferry-lite of "The Last High." Come down, indeed. (Saturday, 2pm, HEB stage)